The tyranny of time

The tyranny of time 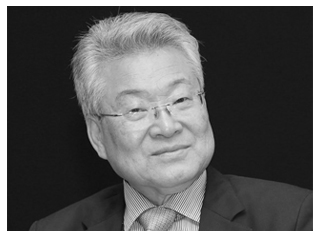 Spencer Kim
The author is a co-founder of the Pacific Century Institute and a member of the U.S. Council on Foreign Relations. He is CEO of CBOL, a California aerospace company, and was appointed by President Bush to represent the United States on the APEC Business Advisory Council.

One of the most serious complicating factors that Seoul, Washington and Pyongyang face in finding a solution to the nuclear issue is timing, and time frames. The differences in timing that affect the three amount to a tyranny of sorts. One that has, in the past, confounded progress and threatens it again in the future.

The question is how to break that tyranny. My suggestion is that only South Korea is in a position to do so.

We have several examples of “mistiming” on the issue to date. The United States and North Korea signed the Agreed Framework in 1994; South Korean President Kim Dae-jung instituted his “Sunshine Policy” in 1998 and visited Pyongyang in 2000. But later that same year, George W. Bush was elected U.S. president and his administration repudiated the Agreed Framework. North Korea reacted negatively, detonating its first nuclear bomb in 2006.

South Korean President Roh Moo-hyun held a Pyongyang Summit in 2007 and agreed to a basket of North-South initiatives, to which Bush, having changed his policy toward the North to one of negotiation, agreed. But then, with the election of Lee Myung-bak, South Korea repudiated Roh’s initiatives. The North reacted negatively.

So, at least twice before the timing went askew after progress had raised hopes.

In the United States now, President Donald Trump has started his re-election campaign for November 2020. He still has some time before the election cycle completely absorbs his time and attention. And Trump would love to have a “victory” — and a Nobel Peace Prize — in the form of a denuclearization deal that would help his re-election chances. But the chances of a comprehensive deal are fading since Trump not only has to negotiate and complete an agreement with Kim Jong-un, he needs time to sell any deal to the U.S. Congress and public.

Given that Trump’s re-election is not a sure thing, Kim Jong-un will be loath to take Trump’s word on any agreement that binds the United States to any set of actions when he may only have a few months left in office and, as history has shown, a new president can reverse any deals made unless they have bipartisan support. The best kind of binding deal would be a treaty ratified by the U.S. Senate and the South Korean National Assembly. But there is absolutely no movement in the United States at this time to lay the groundwork for a treaty-based agreement.

Given the history of the North Korean nuclear issue, and the recent U.S. repudiation of the Iran nuclear deal signed in 2015, one must wonder how far Kim Jong-un would take the word of a U.S. president who may be gone in a year and a half.

Kim probably thought he was on the right road when he and Trump agreed in the Singapore Joint Statement that, “The United States and the DPRK will join their efforts to build a lasting and stable peace regime on the Korean Peninsula.” But he was also probably mightily confused at the Hanoi summit when the United States defined the essence of a deal as total denuclearization for total relaxation of sanctions — with no mention of a lasting and stable peace regime.

Clearly Kim retreated home after the Hanoi summit to think deeply about his next step. After some time, he announced it. He gave the United States until the end of 2019 to return to the path it seemed to be on in Singapore — building a lasting and stable peace regime, a goal that, in North Korea’s eyes, can only be achieved step by step over time and with a solid foundation that does not depend on the good will and word of a U.S. president and a South Korean president.

Knowing the 2020 U.S. elections are coming, Kim also probably realizes that starting too late entangles his issue deeply in U.S. politics. The tyranny of time dictates that if he is to move toward even an interim deal with Donald Trump, he has to do it by the end of the year.
South Korean President Moon also faces an election deadline. His term ends in mid-2022. But he is also hemmed in by Trump’s 2020 election campaign, and after that election the possibility that he will have to start over fresh with a new U.S. president and have to convince them that engagement with North Korea is the most effective way to deal with its nuclear threat.

Moon is also now hemmed in by Kim’s demand that the United States present a new approach — actually returning to the old approach Kim thought he had made an agreement with Trump on in Singapore — by the end of 2019. Moon’s efforts at brokering the U.S.-North Korean impasse are being rejected by Kim since Kim, understandably perhaps, believes that Moon should be lobbying Trump to change, not him.

How then to break the tyranny of time that has befuddled Korean progress and is befuddling it again? The answer lies in getting at the heart of the issue and defining, once and for all, what a “lasting and stable peace regime on the Korean Peninsula” would look like. How would it include complete North Korean denuclearization; how would it deal with Kim Jong-un’s security concerns; how would it ensure joint North-South peace and prosperity? Once defined, the timing of a U.S. president’s, or a South Korean president’s, term of office becomes less relevant. Which presidents engage in the treaty-making process is not so important, because their actions will bind their successors.

Who is going to do the defining? The only likely candidate I see is the South Korean body politic. A South Korean process, like which created the left-right consensus in West Germany on how to deal strategically with East Germany, can, if carried out with true dedication to the nation’s long-term strategic interests, develop a detailed vision. South Korea knows the thinking of both the United States and North Korea intimately, better than the United States knows the North and the North knows the United States. Only it can broker a definition that is acceptable for all.