A musical deal with the devil: New drama updates German tale ‘Faust’ with songs and laughs

A musical deal with the devil: New drama updates German tale ‘Faust’ with songs and laughs 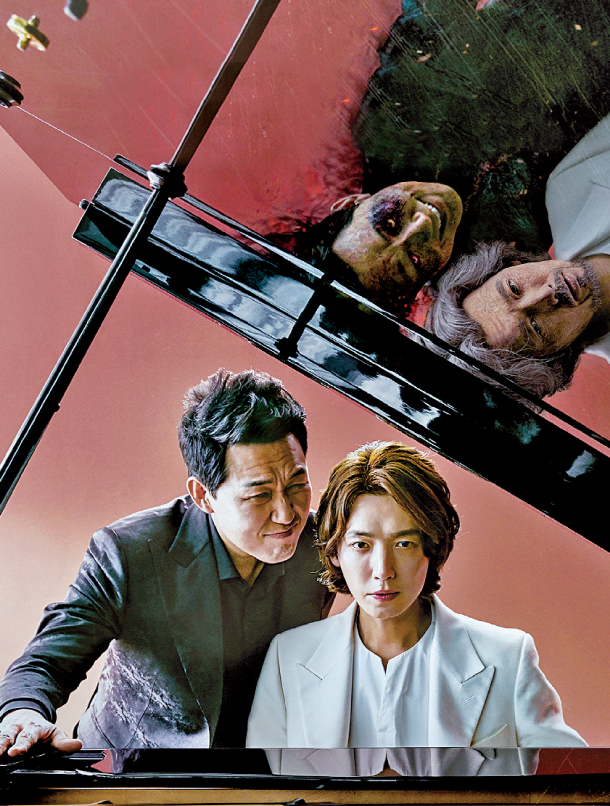 Upcoming tvN drama series “When the Devil Calls Your Name” is putting a musical and comical twist on the timeless German legend “Faust.”

The story begins 10 years after 56-year-old folk singer Seo Dong-cheon (Jung Kyung-ho) made a deal with the devil to exchange his soul for riches and youth. His time is up, and Seo, now Korea’s hottest songwriter, needs to turn over his soul, as promised. Yet things get complicated when Seo realizes that his success belongs to a young female musician (Lee Sul) trying but failing to make it in the industry. Accusing the deal of being unfair, Seo negotiates with the devil (Park Sung-woong), who’s currently inhabiting the body of a popular actor, for more time and tries to right the wrongs around him.

“‘When the Devil Calls Your Name’ is a mix of many genres, like fantasy, melodrama, music and suspense,” said director Min Jin-ki during a press briefing in southern Seoul on Thursday. Key cast members Jung, Park, Lee, EL and Song Kang were also present.

“But the most important element is comedy. We plan on delivering many laughs through the chemistry between Jung and Park, as well as other actors who are strong in comedy.”

“When the Devil Calls Your Name” is the second drama series after OCN’s “Life on Mars” (2018) to feature Jung and Park in the two leading roles.

The casting wasn’t happenstance. Although Jung was introduced to the drama first, he immediately suggested Park to producers as the best person to play the devil.

“The script was good and I got along well with Jung so there was no reason to refuse the role,” said Park. “We had fun filming for five months and the set was always filled with laughter.”

As much as the show centers around the lives of musicians, the show’s producers and actors were invested in making “When the Devil Calls Your Name” a musical success.

“I knew how to play the guitar a bit, but after accepting the role I took guitar and singing lessons for eight months,” said Jung.

“Jung wasn’t as good as he made it sound out to be in the beginning,” joked Min, “but I think he’s one of the best guitar players among Korean actors now.”

Lee and Song Kang, who also play talented musicians, added that they too learned the guitar for many months to play roles.

According to Min, the actors pulled off all of their guitar performances without substitutes and even contributed to the show’s soundtrack. The first song from the soundtrack, sung by Jung, has already been released.

“We finished the prerecordings for all music-related scenes before filming,” said Min. “People might think it’s a musical drama. It will be interesting for viewers to find how the songs that will be released after each episode will connect to the story’s narrative.”

“When the Devil Calls Your Name” will air its first episode next Wednesday at 9:30 p.m. The show is set to be 16 episodes long.