Itami Jun back in spotlight with film, exhibition: Japan-born Korean architect also set to be memorialized in Jeju

Itami Jun back in spotlight with film, exhibition: Japan-born Korean architect also set to be memorialized in Jeju 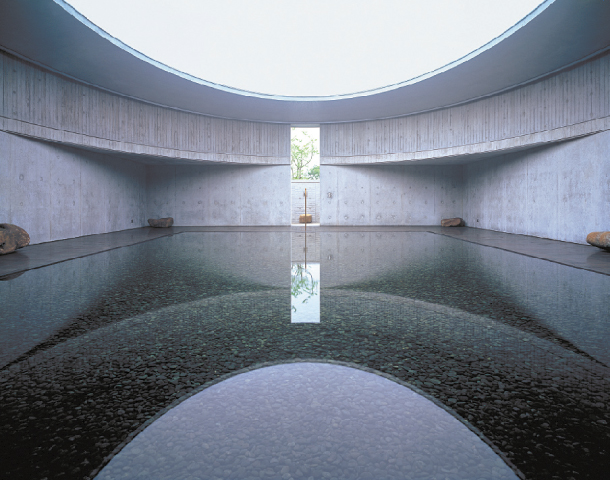 The Water Museum was built in 2006 by the Japan-born Korean architect Itami Jun (1937 - 2011) on Jeju Island. Some of the architect’s most notable works are located on the island, which he called his second home. Born Yoo Dong-ryong, the architect constructed dozens of museums, houses and churches in both Korea and Japan through the Jun Itami Architect a Research Institute. [SATO SHINICHI]

Like many migrants in today’s globalizing world, Japan-born Korean architect Itami Jun spent his life trying to find his place in the two countries he called home.

The architect, whose real name is Yoo Dong-ryong, was born in Tokyo in 1937 while Korea was still under Japanese rule. He spent his formative years in the coastal town of Shimizu, Shizuoka Prefecture, and went on to attain a degree in architecture at the Musashi Institute of Technology, all the while keeping his Korean name and citizenship. Since setting up his own architecture firm, “Jun Itami Architect a Research Institute,” in 1968 and adopting the Japanese pseudonym - a combination of the first airport he ever visited and the stage name of his close friend - he traveled between Japan and Korea to design dozens of houses, museums and churches until his death at age 74 in 2011.

Itami took great pride in his heritage, and sometimes sought inspiration from historic Korean palaces. Of all the places he visited in Korea, however, Itami had a special place in his heart for Jeju Island, where the ocean breeze and scenic nature reminded him of his childhood.

Fast forward eight years since his death, Itami’s daughter is hoping to memorialize the accomplished architect by designing a new museum dedicated to her father and his works on the island he called home. She’s also hoping to found an architecture prize under his name.

“Jeju Island is where I have the most memories with my father. We actually didn’t expect him to pass away that early, and in his later years he frequently talked about wanting to live the rest of his life on Jeju,” Yoo Ehwa told reporters at a press briefing at the Woong Gallery in central Seoul. Yoo is the director of the Itami Jun Architecture & Culture Foundation and also heads her own architecture firm ITM Yoo Ehwa Architects. 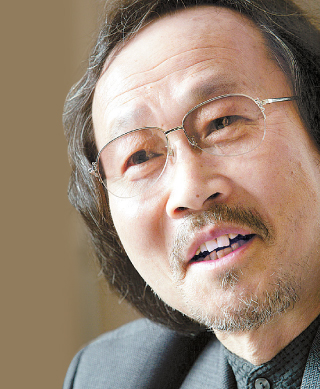 Itami Jun before his death in 2011. The architect was born in Tokyo and raised in Shimizu, Shizuoka Prefecture. [ITAMI JUN ARCHITECTURE & CULTURE FOUNDATION]

“For artists, especially architects, their creations are like their children,” she continued. “To my father, Jeju was like the mother that housed his most representative works, or the works that made his career really bloom.”

His simple yet elegant creations like the Stone, Water and Wind Museums and Bangju Church on the island are not only some of the most popular tourist attractions, but also works that show off Itami’s signature experimentation with stone and natural materials and respect for the harmony between his structures and surroundings. The Stone, Water and Wind Museums also led him to win the prestigious Murano Togo Prize in 2009, which has traditionally been only awarded to architects who are Japanese citizens.

To fund the construction of the museum, Yoo decided to place some of the paintings by her father on sale at the Woong Gallery. Around 20 paintings Itami created in the 1990s are now showcased at the free exhibition until Sept. 7. Yoo estimates that her dad painted over 220 works.

“I think my father only painted the sea,” Yoo laughed as she introduced the art. “The red in some works is like the sunset reflecting on the ocean, and you can also see images of fishing nets and waves.”

“My father’s original dream was to become an artist, and as an architect he would continue to paint during the nights after something to drink,” she said.

An upcoming documentary film about Itami’s life and works is also expected to help revive interest in the late architect. “The Sea of Itami Jun,” set to hit theaters this Aug. 15 after eight years of production, is the directorial debut of Jung Da-woon, who studied architectural film at the University of Cambridge.

Left: The poster for “The Sea of Itami Jun,” an upcoming documentary film about the architect. Middle: A scene from the film featuring Itami Jun’s Podo Hotel on Jeju Island. Right: A painting by Itami Jun currently showcased at the Woong Gallery. [JINJIN, WOONG GALLERY]

“Jung and her husband came to find us after hearing news of my father’s death,” recounted Yoo. “They told me that they wanted to film a movie about him, and we talked for four hours during our first meeting. We sponsored the film, along with many others.”

Besides offering an informative and visually captivating overview of Itami’s works and life, “The Sea of Itami Jun” will also discuss the architect’s personal struggles as a Japan-born Korean and challenges he faced as an architect, notably the legal fight over the design of the Gyeongju Tower in North Gyeongsang, which is believed to have been plagiarized from a design that Itami submitted for a competition. The film’s sound track features music by Yang Bang-ean, also a Japan-born Korean.

When asked whether she was worried if the ongoing boycott of Japanese products and brands would affect the movie, Yoo expressed confidence that viewers will be able to appreciate the film for its content.

“I do have some concerns about the timing of the film screening,” admitted Yoo. “But once you see the film, I’m sure those concerns will immediately go away.”