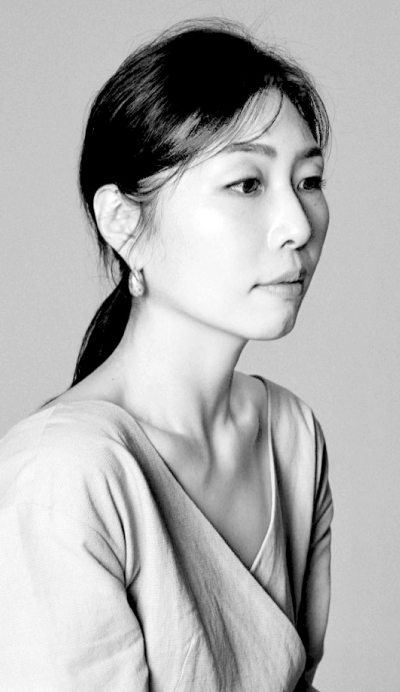 Tea Collective is on a mission to give classic Korean tea flavors, like pumpkin and persimmon leaf, a modern makeover and share their health benefits with the world.

The mastermind behind this innovative tea shop is Kim Mi-jae, who also heads design group Artment.dep. With over 15 years of experience in design, Kim has created some of Korea’s most beloved spaces today like bakery cafes Le Alaska and Wood & Brick in the hip neighborhoods of Sinsa-dong, southern Seoul and Samcheong-dong, central Seoul. For every project, Kim takes charge of almost every aspect of a shop from its menu and plating to furniture selection and background music.

But it was only in 2017 that Kim launched a store under her own brand, thanks to a consulting job with Shinsegae Department Store.

In 2015, Kim was asked to help renovate one of the floors at Shinsegae’s Gangnam branch based on the theme of “lifestyle.” Although Kim hoped to invite a tea brand to open a Korean-style tea bar on the floor, she failed to find one that had the perfect balance of trendy and traditional. Out of options, Kim decided to create her own.

Tea Collective’s Samseong-dong branch in southern Seoul is furnished with plants to create a refreshing environment. Tea Collective has opened two shops in Seoul so far, and has plans to open two more in Korea and one in London by 2021. [TEA COLLECTIVE]

Launching a Korean tea brand had been in the back of Kim’s mind for some time. Kim attended middle and high school in Japan and studied design in Britain, both countries with a very long history of tea. When Kim returned to Korea, she was surprised that unique tea flavors like wormwood, corn, and Solomon’s Seal were popular, but nearly impossible to find anywhere else the world.

Besides their novelty, Kim also found marketability in their health benefits. Many Korean tea flavors were non-caffeinated, and natural ingredients like persimmon leaf and pumpkin were known to be full of nutrients like vitamin C.

Kim’s quest to open a tea brand came with its struggles. Because she had limited background knowledge on tea, Kim blindly began her research by typing in general keywords like “Korean tea” and “tea farms” into search engines.

Her findings inspired Kim to seek help in Hadong County, South Gyeongsang, a region famous for its tea harvests. With some luck, she was introduced to a small farm by the county office where she could source ingredients.

But it was perhaps her lack of expertise that helped the Tea Collective appeal to broader audiences.

The shop doesn’t require customers to have a deep knowledge of flavors or engage in intricate ceremonies, as more traditional places might.

To cater to younger customers, Kim also worked together with artists to add a modern touch to the tea sets and paid careful attention to tea packaging, hoping to reflect the elements of the ingredients in design.

Thanks to Tea Collective’s hip designs and efforts to highlight the health benefits of Korean tea and cater to an English-speaking audience, the tea shop has won the attention of connoisseurs abroad and scored several business deals with major international brands.

With London-based fashion brand COS, it created a persimmon leaf and quince tea blend that was sold in the brand’s clothing stores around the world. Tea Collective’s teas were also sold at the Francis Gallery, opened by Rosa Park, co-founder of British travel and style magazine Cereal. Tea Collective’s persimmon leaf and pumpkin tea flavors can also be found at Korean locations of the luxury skin care line Aesop.

Back in 2016, Tea Collective hosted a special tea presentation in Berlin for local restauranteurs in partnership with the German magazine Friends of Friends.

“We introduced them to pumpkin and burdock tea and the response was very positive,” Kim recalled. “Korean cuisine is booming in the restaurant world, and in the same vein I think there is a demand for tea using Korean ingredients.”

The Tea Collective already has concrete plans to open a location abroad. In 2021, they’re set to open a branch at a new cultural center that will be created as part of the Battersea Power Station redevelopment project in London. More shops will also open in Korea. Tea Collective has scheduled launches in the Galleria Department Store in Gangnam District in November and in Hannam-dong, Yongsan District, next January.

Despite her relative success with Tea Collective, Kim is quick to remember that not all of her prior projects lasted long.

“There are places I’ve created that many continue to love for a long time, but there are also places that had to close and are no longer here,” Kim said.

“In this age when you can find countless look-alikes on Instagram, you can’t just rely on eye candy to survive.”

The key to drawing in customers long-term, Kim believes, is creating places that have “their own story and content.”

“The reason why Korean young people enjoy traveling to Kyoto, Japan, is because there are many places that elegantly present the city’s identity,” she said. “The same applies to Korea - the places that can be Korean and trendy at the same time will grab people’s attention.”

These days, Kim finds herself dropping by shops that sell vintage or traditional goods rather than chic boutiques. She’s always on the search for classic Korean crafts like fans, small tables and bamboo floor mats that can help make the Tea Collective become a platform for not only the charm of the country’s tea, but other hidden gems of Korean culture as well.