The Kumho Museum of Art is celebrating the 100-year anniversary of the Bauhaus in Germany through the exhibition “Bauhaus and Modern Life,” which showcases works by key figures of the movement including Bauhaus director Walter Gropius. [KUMHO MUSEUM OF ART]

What do Apple smartphones and Ikea chairs have in common?

They share the same underlying philosophy of converging art with functionality, an idea championed by the Bauhaus in 1919.

The German school, which gives the influential art movement its name, was founded in the city of Weimar by architect Walter Gropius (1883 - 1969). At a time when Germany was just emerging from the horrors of World War I, Gropius’ focus on the practical stood in stark opposition to the flamboyance that characterized the Art Nouveau style of the late 19th century and early 20th century Europe. The progressive school accepted students regardless of their gender and nationality and taught them both fine and applied arts, including metal, ceramics, stagecraft and weaving.

Although the Bauhaus was forced to relocate and eventually shut down in 1933 due to political pressure from the Nazis, who regarded the art style as “degenerate,” its students and teachers carried on their beliefs and techniques abroad - the Bauhaus spirit continued to live on in institutions like Harvard University and the Illinois Institute of Technology, where former directors Gropius and Ludwig Mies van der Rohe got teaching jobs.

The 100-year anniversary of the influential art movement is being celebrated in style all around the world, and Korea’s art museums and cinemas are no exception. The following is a short overview of three major programs honoring the movement. 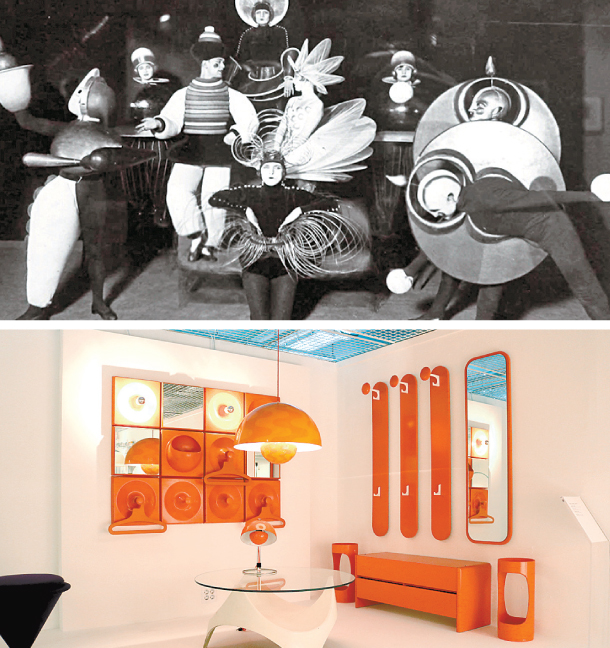 The Kumho Museum of Art in central Seoul is holding a comprehensive show of 120 furniture pieces and objects like napkin holders and teapots created by key Bauhaus figures including Gropius, Mies van der Rohe, Marcel Breuer and contemporary designers.

A major goal of “Bauhaus and Modern Life” is to provide a proper introduction to Bauhaus in Korea, where the movement never really reached.

“In Korea, the Bauhaus movement was only imported through Japan and the United States,” explained curator Kim Heewon, who organized the exhibit. “I think we have an imported and modified understanding of Bauhaus.

There are very few people, including researchers in Korea, who have an accurate understanding of what Bauhaus is. Our goal is not to say that this is wrong or right.”

At the entrance of the museum is the “Bauhaus News Archive,” a comprehensive summary of all publications, newspaper articles and exhibitions in Korea on the topic. QR codes are available for each article so visitors can read them for themselves online.

The museum will host a three-part series of open lectures on the history and influence of Bauhaus throughout the show’s duration. 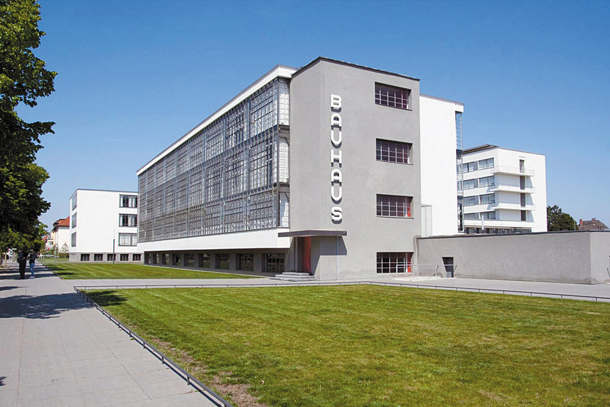 The Bauhaus Building in Dessau, Germany, closed in the face of political pressure in 1932. It is now a Unesco World Heritage site. [JOONGANG PHOTO]

For design enthusiasts willing to make the journey, a Bauhaus-style festival of lights is on display at Feelux lighting company’s Lighting Museum in Yangju, Gyeonggi, a 1.5 hour drive north of central Seoul.

The “Reflex Bauhaus” special exhibition features over 200 lamps and furniture pieces made from the school’s early days up until the 1970s.

In addition to a handful of mirrors, desks and chairs and an umbrella rack, almost every lamp imaginable is on display - Bauhaus alumni Wilhelm Wagenfeld’s rounded wall lamps from the 1930s, Philips’ art director Louis Christiaan Kalff’s table stand from the 1940s, Italian designer Elio Martinelli’s cobra-style floor stands from the 1960s and award-winning German designer Ingo Maurer’s bulbs from the 1980s are just a few on the list.

Lighting Museum director Gu An-na believes that Bauhaus lamps should not only be appreciated for their aesthetics, but for the social development they represent.

“Lights were first born as an industrial product, but the addition of designer philosophy and public taste has led to the creation of many unique lamps. While lights from different eras are all meaningful, Bauhaus lamps are valuable in that they are very human-centered and symbolize our adjustments to the change in manufacturing processes, economic structures and machinery.”

“Bauhaus Spirit: 100 Years of Bauhaus” is a German documentary film by Niels Bolbrinker and Thomas Tielsch that captures the lasting impact that the Bauhaus movement has on today’s design with a focus on architecture.

The film will begin screening at art house and indie theaters like Art Nine in southern Seoul and Cinecube in central Seoul on Aug. 29.