It’s no exaggeration to say that Korea is a society that prioritizes youth. The country’s cosmetics and plastic surgery industry are booming, and state-of-the art facial massage tools are in high demand as consumers search beyond mask packs to maintain youthful skin.

Ironically, Korea is also the fastest aging country in the world - birth rates have hit rock-bottom and immigration is still relatively uncommon. Over 14 percent of the population was estimated to be over 65 as of 2017, and that ratio is expected to leap to 20 percent by 2026.

The exhibition “Youth Before Age” presents diverse ways of thinking about youth, age and generations in this paradoxical time and showcases works critical of the social pressures to look young. The 13 participating artists and teams include prominent feminist artists, like Sanja Ivekovic and Martha Wilson. The artists also vary in age, with five of them being over 60.

While it’s rare for any contemporary art show to feature such a high proportion of participants from that generation, what’s perhaps more surprising is the fact that the exhibition is curated by and held at the Coreana Museum of Art in southern Seoul, a gallery operated by Coreana, one of Korea’s oldest cosmetics brands since 1988.

“It’s true that we are part of a cosmetics company, but we don’t follow its corporate direction in our exhibitions,” explained Park Hye-jin, curator of “Youth Before Age.”

“Coreana is also welcoming of the diverse perspectives on these issues, and I think works in this exhibition also showcase opposing perspectives,” she continued, adding that the museum has organized exhibitions that presented a critical look at similar themes in the past. “It’s problematic if people pursue anti-aging excessively, but the reality is that you can’t say that trying to stay young is necessarily bad.”

As Park said, many of the works in “Youth Before Age” are critical of how youth is associated with beauty. 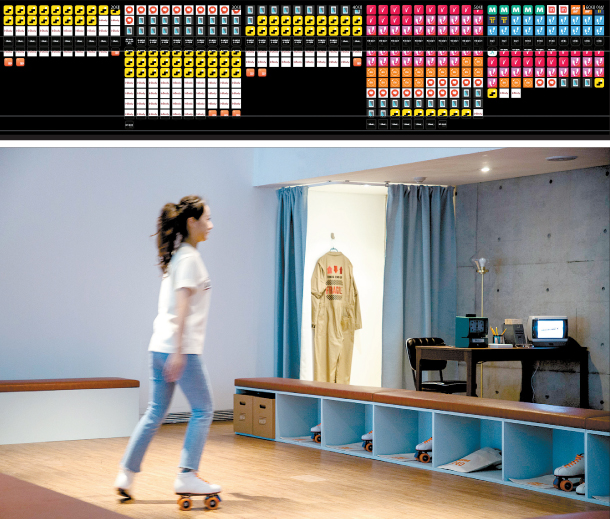 Wilson’s “Beauty + Beastly” (1974/2009) speaks directly on this social stigma. The American artist placed two black and white photographs of herself taken when she was in her 20s and 60s next to each other, adding the captions “beauty” to her youthful picture and “beastly” to the other.