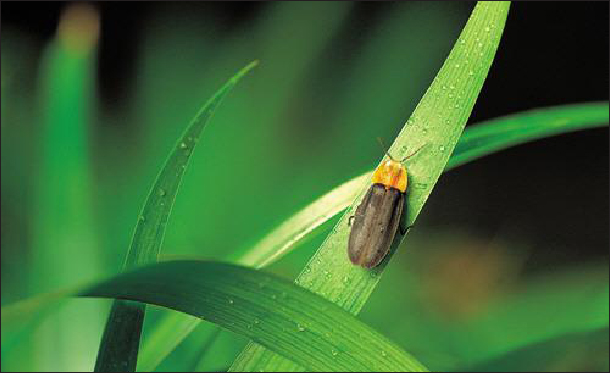 Through Sept. 8 Fireflies, known as banditburi in Korean, were ubiquitous in Korea several decades ago, but disappeared from many parts of the country during industrialization. The insects are now considered a symbol of a clean environment. The 22nd annual Firefly Festival in Muju offers a firsthand look at the environment through such activities as an exploration tour to see wild fireflies. Various modern and traditional art performances, including folk plays, will be offered, as well as rafting and chances to catch trout with one’s bare hands. 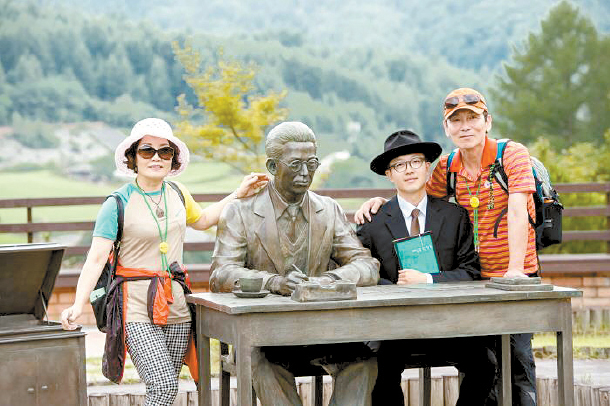 Sept. 7-15 Lee Hyo-seok (1907-1942) was one of the most famous Korean novelists of the 20th century. The highland town of PyeongChang is famous as his birthplace and for the gorgeous buckwheat flowers that cover the land in autumn. The festival commemorating the novelist, the author of “Buckwheat Season,” offers various programs in the buckwheat village. Programs include performances of traditional folk plays, re-enactments of traditional marketplaces, performances of traditional and modern music and dance and writing contests. Visitors will also have a chance to taste local specialty dishes made from buckwheat flour. 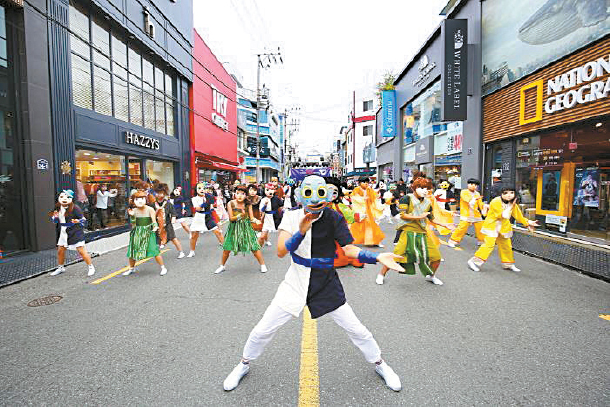 Masked dancers take the street during the Andong International Mask Dance Festival, which will be held from Sept. 27 to Oct. 6 this year. The dance with masks on was often performed by the common people to indirectly criticize and satire so-called people of yangban class, or ruling elites during the Joseon Dynasty (1392-1910). See left for more. [KOREA TOURISM ORGANIZATION]

For centuries, the mask dance has been used to indirectly criticize the yangban class, or the ruling elite of the Joseon Dynasty (1392-1910), by the common people. 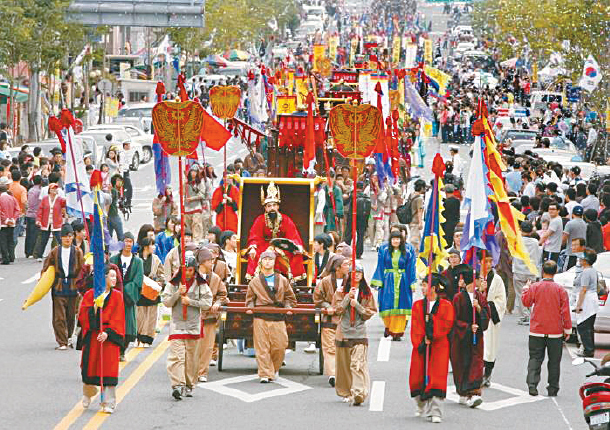 This festival, one of the oldest cultural festivals in the country, highlights the golden days of the Baekje Kingdom (18 B.C. - A.D. 660), an ancient Korean kingdom located in the southwestern part of the Korean Peninsula. Baekje was one of the Three Kingdoms of Korea, together with Goguryeo and Silla. This year’s festival will feature nearly 100 events, including parades, a memorial ceremony for the four great kings of Baekje, folk games, exhibitions and traditional Korean music and mask dance performances.

This year sees Shanghai, Bali, and Cebu enter the top ten list of popular overseas travel destinations for Chuseok. Shanghai is not only famous for its unique cultural attractions such as the Bund, Yu Garden, and New Heaven and Earth, but surprisingly, also as a place to learn about and experience Korean history, including the site of the Korean Provisional Government. Meanwhile, in Bali, the “Island of the Gods,” is a great place to enjoy marine sports including surfing, or volcanic hiking, as well as enjoying the tranquility of the rice paddies fields around Ubud.

Cebu, which slips in at number 10, is an idyllic spot, blessed with white sand beaches and crystal clear waters, making it the ultimate haven to relax.

Kyoto, Sapporo, and Hong Kong slipped out of this year’s Chuseok top ten.

Responding to consumers’ growing desire for premium, worry-free vacations, Marriott International announced it is launching an all-inclusive platform to serve this increasingly popular vacation segment. The company also announced that it has signed contracts with hotel developers who plan to build five new all-inclusive resorts, investing more than $800 million and demonstrating their confidence in Marriott International’s scale, loyalty platform and operational expertise.