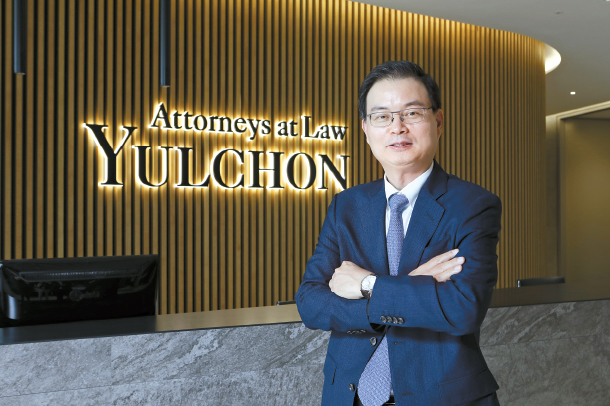 The Korean law firm Yulchon opened its doors with just six lawyers in 1997, when the Asian financial crisis jolted the Korean economy. Today, it’s home to nearly 500 lawyers and experts across numerous fields and is one of the top five firms in the country’s cutthroat legal industry.

Yoon said he was looking forward to describing Yulchon’s globalization strategy of “local responsiveness” to his foreign clients as they descend on Seoul this week for the world’s largest annual gathering of international lawyers and vowed to make the most of the opportunity.

“It’s really important for Korean law firms to strengthen their networks with globally renowned law firms as they try to break into foreign markets,” said Yoon. “If Korean lawyers and law firms manage to leave a good impression on their foreign counterparts during the IBA conference, I’m sure it will open many new doors.”

Yoon himself is planned to join the Managing Partners’ Breakfast session as a speaker on Wednesday at 8 a.m. to talk about key challenges and opportunities of the Korean legal market. Some 20 other lawyers at Yulchon have been invited to speak at various other sessions throughout the week. 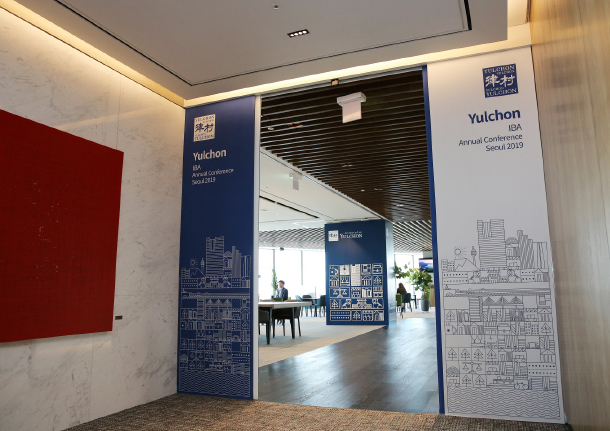 Yulchon’s office, just a three-minute walk from Coex, southern Seoul, prepares to host numerous meetings this week with legal professionals from around the world visiting for the IBA annual conference. [YULCHON]

On the sidelines, Yulchon held a reception Sunday and was scheduled to hold another one tonight in the sky lounge of its office, just a three-minute walk from Coex. The firm said in a press release last week that it was planning to organize nearly 30 seminars and networking events during the IBA conference, which runs through Friday, in a bid to expand its global clientele.

In Vietnam, Yulchon helped Mirae Asset Life Insurance acquire a 50-percent stake in the Vietnamese insurance company Prevoir Vietnam Life Insurance in 2017. In Indonesia, the firm helped KB Kookmin Bank acquire new shares issued by Bank Bukopin to become the second-largest shareholder in 2018. Yulchon also advised the Industrial Bank of Korea on its acquisition of the majority of shares in Indonesia’s Bank Agris and Bank Mitraniaga in 2018.