Ashley Williams brings her bold looks to the Seoul runway: British designer remains cheeky and confident in her Spring/Summer show

Ashley Williams brings her bold looks to the Seoul runway: British designer remains cheeky and confident in her Spring/Summer show 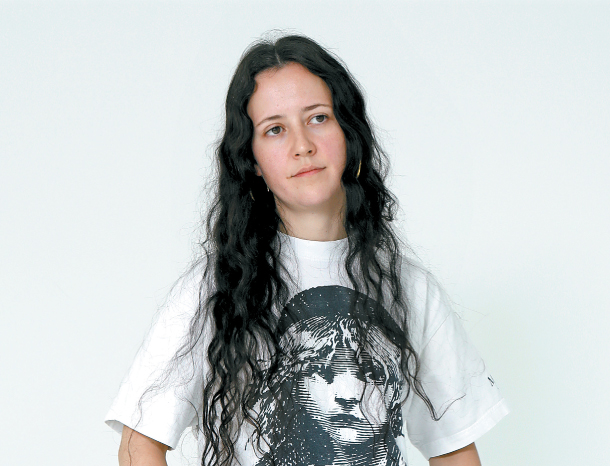 Ashley Williams is one of London’s most in-demand designers. Known for her bold patterns and love for 1980s and 90s fashion, the 31-year-old has already collaborated with brands like Jimmy Choo, LG Electronics and Coca-Cola.

This month, Williams made her way to Korea for her first fashion show outside of London, becoming the second British designer to show at Seoul Fashion Week as part of an ongoing partnership between organizers here and the British Fashion Council (BFC).

Williams’ show was held at an underground parking lot venue within the Dongdaemun Design Plaza in central Seoul on Friday. With a Korea-themed video that she created especially for the show playing in the background, the designer showcased some of her motifs like ruffled dresses and giant ribbons. Cartoonish sperm pattern prints, which raised eyebrows after her collection last season, made a reappearance, along with other graphic imagery like Grecian statues and Playboy bunnies.

“We do have a lot of vintage influence, but it evolves and changes,” Williams told the Korea JoongAng Daily ahead of her show on Thursday. “It’s high and low fashion with a mixture of good taste and bad taste.”

The following are edited excerpts from an interview with the designer.

Q. How did you get involved in and prepare for Seoul Fashion Week?

A. The BFC got in contact and asked me if I would be interested in doing a show in Korea. I said yes, I would. I don’t actually know how they select people. They didn’t really give me any information.

Everyone here’s been so amazing and helpful. Normally we’ll have sponsors, but I would have to find them myself, and the BFC will facilitate, but there’s no financial support. But here, everything’s been organized - it’s kind of like a sponsorship or a grant, so it’s pretty lucky that I’ve been picked to do it.

We worked with a Korean casting director who’s got an agency and saw loads of girls and got to select who we wanted. So even though it had involvement from a lot of people, we haven’t had to hand over [the management]. We were able to work with people in a really nice way.

What was your inspiration for the 2020 Spring/Summer collection?

There’s a bunch of [imagery] from classical civilization. We have classical Greek icons like the Acropolis, Venus de Milo and the ancient Egyptian scribe who’s like a hieroglyphic.

I’m interested in imagery and what images mean and how they can sum up a lot in just one little impactful graphic. So it was interesting for me to mix classical civilization icons with modern day icons and put them side by side because they don’t go together.

The Playboy graphic to me was like the modern day icon in terms of a graphic image. The Venus de Milo being a naked woman is what Playboy represents. I was thinking about instantly recognizable images that stand on their own as icons.

The sperm pattern from last season reappears in this season’s collection. What’s the meaning behind it?

I just love it. Something I’ve done the last few seasons is think about how images can be part of our branding, because we would always come up with new ones for the next season, but actually I think it’s good to have crossover. It’s a key part of our branding.

Sperm is so natural. It’s part of creation and life. But some people find it quite visually offensive to look at. To me it’s not offensive or weird because it’s how we’re made. Why is a sperm print controversial when it’s part of human nature?

You’ve collaborated with businesses like Jimmy Choo and LG Electronics. What do you think makes your brand so attractive?

When I was working with Jimmy Choo, one thing they said to me was that they liked that you could look at any garment and accessory and you knew that it was from the Ashley Williams brand - we had a really strong aesthetic and that’s why they wanted to work with us.

Many of your pieces feature wording like “Don’t Know Don’t Care” or “First Born.” How do you come up with them?

They’re instinctive. They can come out of anywhere, really. Fashion and making clothing for me is my form of communication. I can express myself the most freely. I don’t tend to think too much about it. It’s how I’m feeling at the time.

You seem to like to dress down, but your designs are really showy. Is your brand like an alter ego?

I wear a lot of my own clothing but I dress down a lot. I would say [my brand] is not necessarily an alter ego, but a language. Not an alternative version of myself, but a message from within that I don’t necessarily express day to day.

How did you get into fashion?

When I was younger, from late childhood to my early teens, I was definitely interested in clothing. I didn’t know too much about the fashion industry or what it meant. But I liked making my own clothes and how it related to what I was really into within my own micro-culture. It showed what I represented and believed in.

When I got a bit older, I discovered Jeremy Scott. I got into fashion through him and started buying magazines from then and just got more into it.

What are some of the issues you’re interested in within the industry?

When I first started I was quite naive and uneducated on the environmental impact of the fashion industry. Even now, I would say I’m not [very] educated, considering the huge impact it has.

Fashion on the whole isn’t a sustainable industry and it’s impossible to be, but you can make changes in your business and within how you buy - just be more aware and choose the better option.