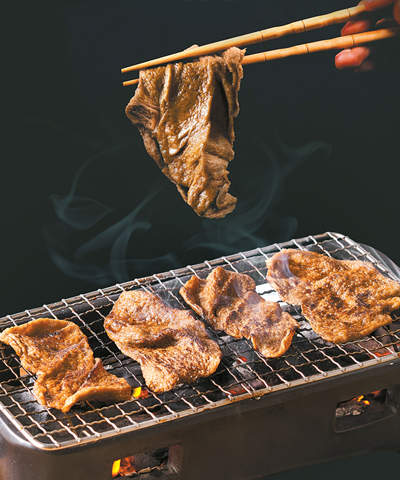 A plate filled with grilled slices of Unlimeat, meatless meat, made by Zikooin Company. [ZIKOOIN COMPANY]

Can you imagine the ingredients found in your everyday granola bar being used to make your favorite meat dishes?

Using proteins to make products that look and taste just like meat, many favorite Korean dishes will soon be vegan-friendly and widely available throughout the country. Zikooin Company, which has already released mandu, or dumplings, made using faux meat earlier this month, is planning to release a variety of meat substitute products made with grains and nuts for those who are interested in getting their protein from non-meat sources.

Talk about faux meat was relatively lukewarm in Korea until recently simply because there were not many products available in the local market, while overseas, many start-ups and companies have been rushing to introduce new products into the market. Big food companies started to release products from early this year, such as Lotte Food’s enNature Zero Meat nuggets and cutlets, and local start-ups jumped into the market to cater to people with different tastes and objectives when it comes to food.

The company originally started to look for ways to cut down on their extra stock of fresh fruits and vegetables but it had a difficult time doing the same for its leftover grains. It started working with experts to find ways to use grains and nuts to make high protein faux meat with what it had.

To make it easier for Korean consumers to find suitable meat substitutes, the company decided to make its products available in shapes and cuts that are familiar to Koreans. Its product Unlimeat is made into thin slices, suitable for many Korean dishes that use stir-fried meat and vegetables with marinade, such as bulgogi. 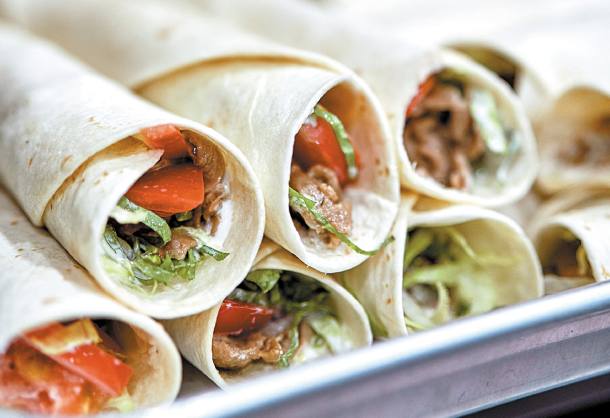 Whenever anyone talks about faux meat, two questions immediately come to mind: Does it taste like real meat and is it good for you?

Unlimeat products don’t look much different from any other thinly sliced cooked beef, while the thickness varies from piece to piece. When mixed with stir-fried vegetables, soy sauce and other condiments, the look of the dish is no different from any other bulgogi found at a local restaurant. The texture when chewed is also very similar to the feel of chewing beef, but maybe a bit softer. Some who tried the meat said it reminds them of thinly sliced chewy fish cakes.

Just as many have said that they can’t tell whether the hamburger patty made by U.S.-based Impossible Food is different from real meat when eaten as a hamburger, the local company also focused on products that taste natural in familiar dishes.

One product the company is pushing hard for is mandu, a popular food that Korean people eat either steamed, grilled or fried, and also use in major dishes like tteokguk, a sticky rice soup Koreans eat on New Year’s Day. When all of the ingredients are minced and mixed in flour dough, it is difficult for consumers to tell whether the meat inside is real or a substitute. 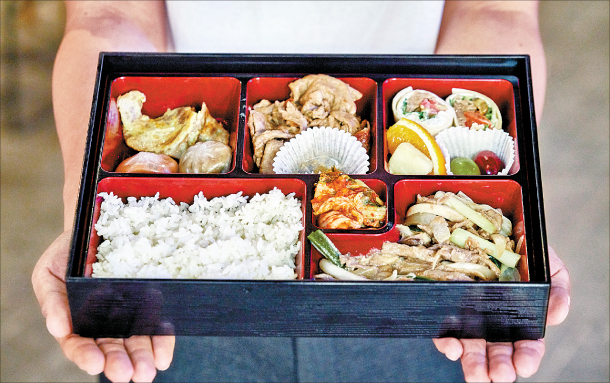 At the moment, the mandu comes in two different flavors, galbi (Korean barbecue sauce) and kimchi. A pack of six costs 5,600 won ($4.78) and it is available at the company’s website (zikooin-market.com). From early November, the company will sell its sliced Unlimeat products online as well.

Just like it aims to make items that appeal to locals or international eaters interested in trying out Korean food, the company plans to make hamburger patties and sausages, and even a chunk of thicker steak meat to appeal to different customers.

“We plan to go global,” said Min Keum-Chae, CEO of Zikooin Company, during a press conference held last week, adding that it is collaborating with Korean food company Pulmuone to target the U.S. market, and will export sample foods to India and Thailand. It plans to make localized items for each country, such as kebab or triangle-shaped gimbap, rice covered in seaweed. 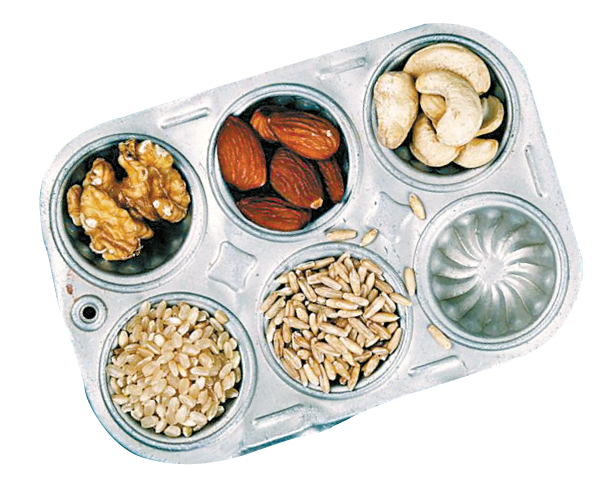 Some of the ingredients used to make Unlimeat products, including walnuts and oats. [ZIKOOIN COMPANY]

“The speed of business deals made with those overseas is much faster than the speed of those made within Korea, as the market for meat-substitutes already exists, while we need to focus more on having local consumers experience the product first.”

To get feedback not only from ordinary consumers but also from professionals working in the food industry, the company invited chefs from various top restaurants to try making dishes with Unlimeat, to see how versatile the product can be.

Chef James Park, also known as Park Moo-hyun, tried making beef tartar exactly like the dish he serves at his Michelin-starred restaurant Muoki. He marinated the thawed product cold and put it in a crispy tart shell for added texture. Staff tried both at the same time, and discovered that they could feel a difference between the two versions, but it was difficult to say which one was better than the other.

“I think when you mix it with vegetables and sauces, the complete dish will always taste good,” said Park.

“Many people think about what to eat for health or religious reasons, but it seems like people have been taking on new philosophies on food,” said professor Moon Jung-hoon of Seoul National University. “Those who think a lot about animal welfare, thanks to the increasing number of pet owners, as well as those who worry about the environment and food diversity [consider] substitutes for their proteins and consuming more vegetables.”