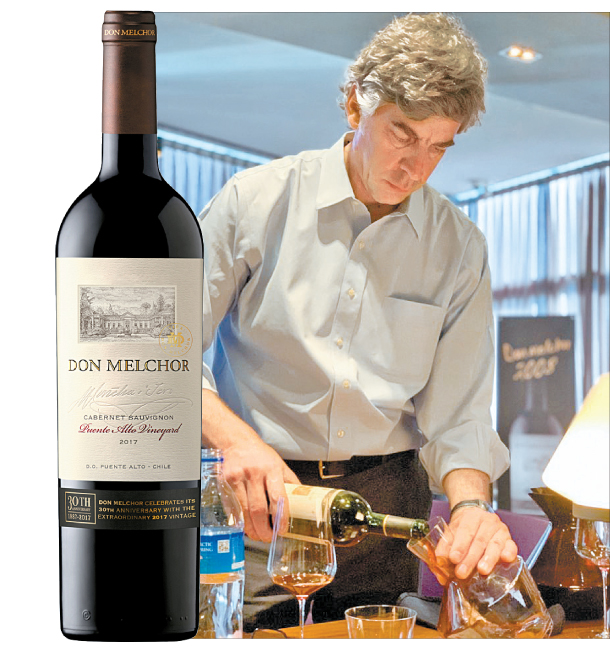 Prestigious wine Don Melchor, from one of the largest Chilean winemakers Concha y Toro, has now gone independent. To help Don Melchor stand out, Concha y Toro has decided to separate its top wine, and named the winery that makes it Vina Don Melchor.

The move has been made to celebrate the 30th anniversary of the release of the wine. In 1883, Don Melchor de Concha y Toro started his own adventure and brought vines from France’s Bordeaux to Chile’s Maipo Valley to open a winery. To honor him, the winery has named its highest quality wine after him.

The winery, in hand with Korean importer Keumyang International, is releasing newly designed 2017 vintage bottles to signal the change made at the winery with the new name. Out of 12,000 to 13,000 cases produced a year, Korea on average gets 700 cases, making itself the second largest importer of the particular wine in Asia after China.

To promote the new beginning to Korean consumers, winemaker Enrique Tirado, who has been making Don Melchor wine for over 20 years, came to Korea to introduce the wine to industry experts.

“Separating from Concha y Toro was the logical next step in the growth of Don Melchor, which has operated autonomously in terms of agricultural and enological management for the last 10 years,” Tirado said.

“With the creation of Vin?a Don Melchor, we have our sights set on producing a single wine that is the unique expression of the terroir and to pay homage to this fantastic origin that is able to deliver a wine with personality and matchless, unmistakable expression.”

For a tasting session held on Monday, the winery prepared the very first vintage of 1987 bottles made with only Cabernet Sauvignon.

Ambassador of the wine to Korea, sommelier Yang Yoon-ju, said that wine aged more than 30 years can still be enjoyed years later as the acidity supports the wine.