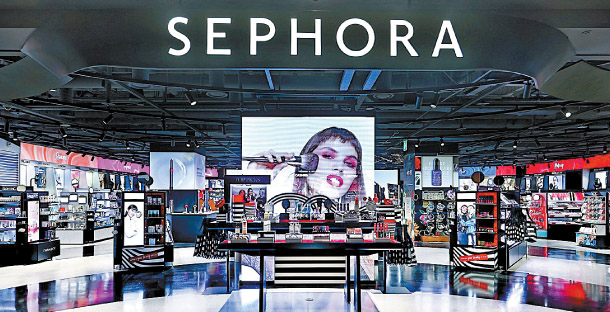 Korea is home to a host of multi-brand cosmetics stores operated by local conglomerates including CJ’s Olive Young, top, and Shinsegae’s Chicor, above. [SEPHORA]

Three weeks in, the long lines to get into Korea’s first Sephora store may have disappeared, but the hype isn’t over yet.

Last Sunday afternoon, Sephora’s 547-square-meter (5,887-square-foot) space was packed with customers of all ages and nationalities who came to see the shop’s first Korean branch for themselves. With its iconic black-and-white decor near the entrance of Parnas Mall, one of the busiest shopping centers in Gangnam District, southern Seoul, Sephora was hard to miss.

The store is stocked with over 100 brands that customers can test out, including 44 foreign brands that are only available in Korea through Sephora, like Smashbox, Tarte and Anastasia Beverly Hills. Sephora currently stocks three exclusive local brands - Whal Myung, Tamburins and Amuse - and the selection is expected to grow as Sephora Korea continues to form new partnerships with local makers.

Sephora currently exclusively offers a total of 47 foreign and local brands, including a wide range of fragrances and its own Sephora Collection. The flagship store in southern Seoul offers free, on-the-spot 15-minute beauty make-over sessions, and customers can also get their hair styled by professionals at the Dyson Hair Styling Bar. [YOON KYUNG-HEE, YOO JI-YOEN, YONHAP]

The inaugural store also comes with state-of-the-art facilities and services that are rarely found in Sephora stores outside of Korea - beauty experts provide free 15-minute “Beauty Play” make-overs on the spot while professional hair stylists create the perfect look for customers using iron curlers at the Dyson Hair Styling Bar, which is only found in Korea.

Luxury French conglomerate LVMH’s Sephora opened its first Korean store on Oct. 24 to tremendous fanfare. Benjamin Vuchot, the Asia president of Sephora, arrived for the ribbon-cutting ceremony, which was accompanied by a synchronized dance by the store’s staff. Around 39,000 people were counted among visitors to the flagship store in its first six days.

Established in 1969, Sephora operates over 2,300 stores in 34 countries today, including nine markets in Asia, like China and Singapore. The retailer previously pulled out of Japan and Hong Kong due to low demand.

Customers in Korea are excited about the long-overdue arrival of Sephora to Korea, and hopeful that it will improve the diversity of the local beauty market.

“In Sephora you have a wider range of brands and there are more products for Western skin tones. But in Korea you have only two shades - 21 and 22,” said Alex, a 28-year-old from Birmingham, Britain, who was browsing the store on Sunday.

“For me, it’s the eye shadows [I like about Sephora]. The makeup in Korea is not as pigmented as other countries. I love Korean skincare, but the makeup misses the mark for me,” added her friend Lisa, a 30-year-old from Manchester, Britain.

While welcoming the arrival of a wider variety of products, others noted that Korea’s inaugural store didn’t offer as many brands as they were used to at Sephora locations abroad.

“Sometimes I don’t like the makeup products [in Korea] because they’re way too targeted for pale skin tones and I don’t have that. So when I found out that they had Anastasia Beverly Hills in Sephora I was happy because I could get my products there,” said Teresa Hong, a 25-year-old office worker.

“But what I’m a little disappointed with is that they don’t have too many brands. Like Benefit is already available [at] Olive Young - I don’t see too much of a difference. [Sephora] had a mix of Korean brands but that’s not what I’m interested in. I personally wanted to see Fenty Beauty there.”

Though the buzz hasn’t quieted down, Korean stores have expressed limited concern about the beauty giant’s arrival.

“Our stores are composed of local makeup and skincare brands that are reasonably priced, while Sephora deals mainly in foreign brands. We don’t see our revenues falling because of Sephora.”

Celebrating the franchise’s 20th birthday this year, Olive Young had recently announced that it would be promoting a new brand identity of “healthy beauty” by focusing on makeup products that are friendly to the skin, as well as healthy food items and exercise tools.

Olive Young’s main Gangnam branch, for example, has much of its second floor dedicated to dermo-cosmetics, staffed by a professional advisor wearing a white lab coat. Health food products like dried fruits as well as sanitary pads are also in stock. 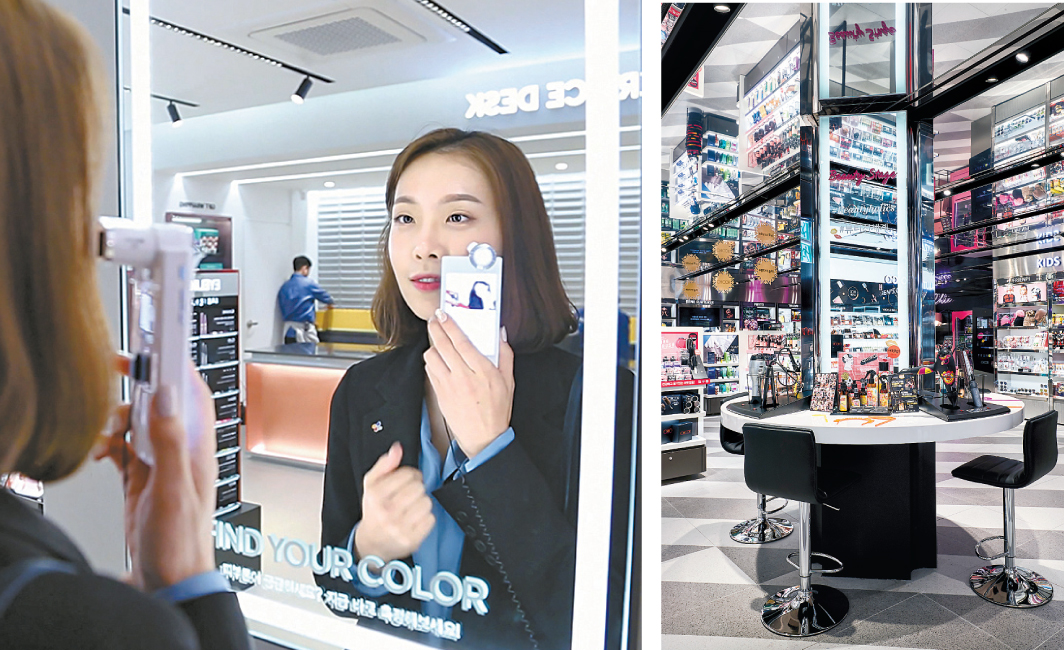 Shinsegae’s Chicor, long dubbed the Korean Sephora by local cosmetics enthusiasts, also noted that the newcomer doesn’t pose a large threat due to their differences in focus.

“Chicor fundamentally revolves around K-beauty,” explained a spokesperson for Shinsegae Department Store. “[Chicor] is a space where consumers can try out brands made popular on social media.”

Home to over 100 K-beauty brands, including many created by small businesses, Chicor is known for stocking local favorites like Stylenanda’s 3CE line and vegan cosmetics brand DearDahlia.

“Chicor was the first multi-brand cosmetics retailer for premium products in Korea,” the spokesperson continued. “We’ve tailored to the tastes of Korean customers, even through our own in-house brands like Vidivici and Yunjac. I’m curious how well Sephora understands the Korean market.”

Given that Sephora stocks many high-end foreign brands like Shu Uemura, Guerlain and Bobbi Brown, it is more likely that the French giant’s rivals may be in fact luxury department stores.

But Sephora Korea general manager Kim Dong-ju says that Sephora’s goal is to “expand the pie of the Korean cosmetics market,” even if that means working together with department stores.

Sephora Korea has already confirmed that it will open a store at Lotte Young Plaza in Myeong-dong, central Seoul, in early December, followed by another in January at Hyundai Department Store’s U-Plex in Sinchon, western Seoul.

The department stores are feeling optimistic about the new collaboration too.

But still, others say that the arrival of Sephora is simply a few years too late, as home-grown businesses have already matured and provide many of the services that the French giant is banking on to attract customers. Many foreign fragrance and makeup brands like Urban Decay have long been offered in Olive Young and Chicor, as are interactive experiences like hair styling tools. With the backing of a large conglomerate like CJ, Olive Young even partners with the likes of Samsung to equip stores with virtual makeup application technologies.

Sephora has announced that it plans to open 14 stores in Korea by 2022.