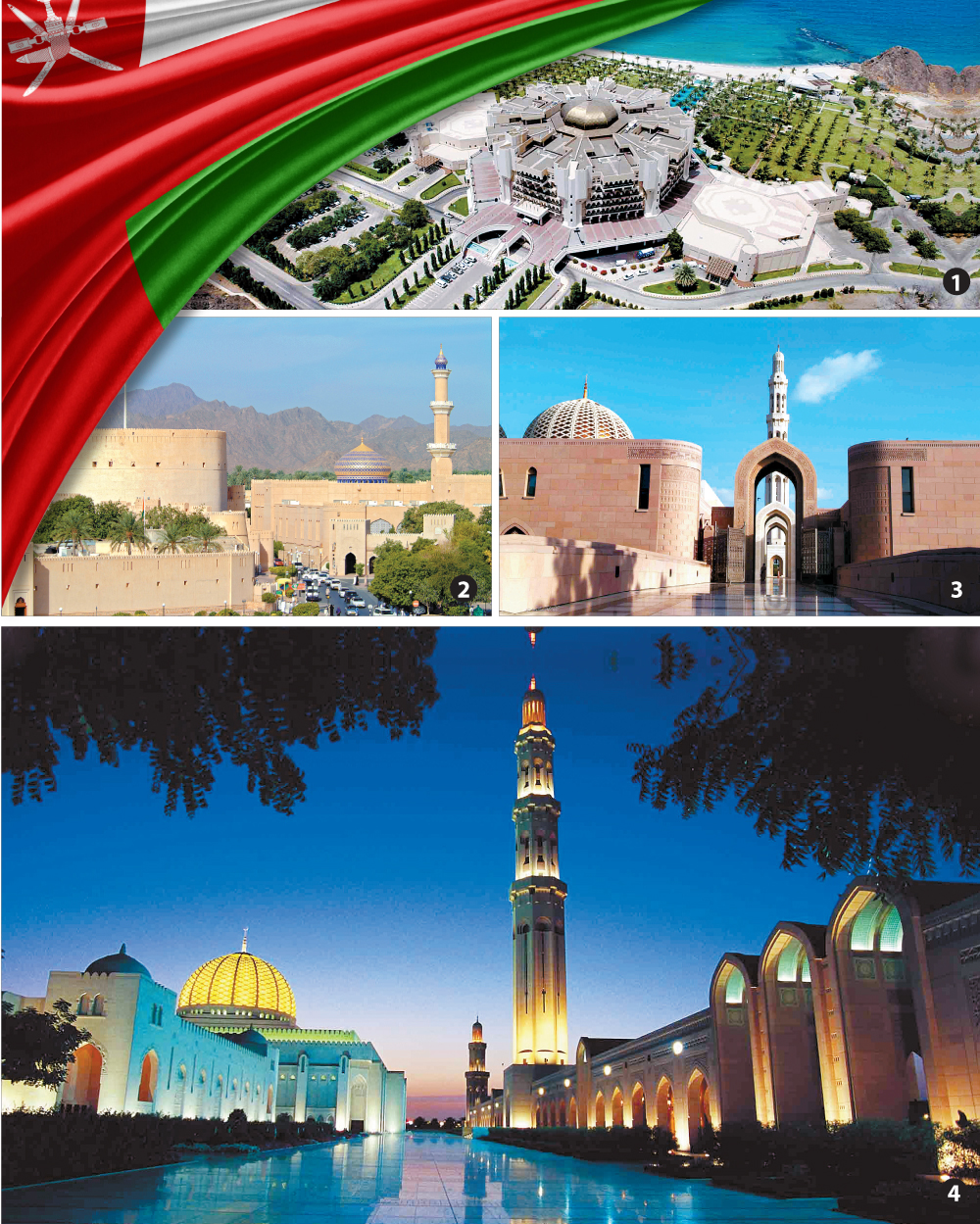 The Sultanate of Oman marks its 49th National Day, the most cherished milestone that is celebrated this year and every year in a renewed spirit of dignity, determination and aspiration. As the Omani people mark the National Day (the 18th of November Anniversary) in full fanfare and jubilation, they strongly voice their love, gratitude and allegiance to the architect of modern Oman, His Majesty Sultan Qaboos bin Said.

His Majesty Sultan Qaboos steers the country to the shores of safety; he also achieved stability, security and prosperity over the past 49 years of statute leadership, despite the challenges posed to the region.

The Sultanate of Oman, under the leadership of Sultan Qaboos, made record progress in all sectors. The Sultan, who vowed to build a modern state, planned well for everything. The country has been established on solid grounds of equality, rule of law, cooperation and institutional integration that saw a successful prime, with citizens sharing the responsibility of nation building.

Over the past 49 years, the Sultanate of Oman, under the leadership of Sultan Qaboos, made record progress in all sectors, steered the country to the shores of safety, stability, security and prosperity. The country has been established on solid grounds of equality, rule of law, cooperation and institutional integration, built a modern state, and planned well for everything that saw a successful prime, with citizens sharing the responsibility of nation building. 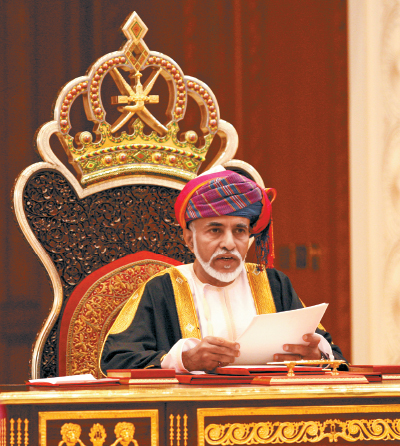 The Sultanate of Oman is strategically located on some of the world’s most important maritime trade routes, the sea routes that link the Gulf with destinations across the Indian Ocean. Oman is located in the far southeastern quadrant of the Arabian Peninsula. Its 3,195 kilometers (1,985 miles) of coastline extends at their southeastern extremity, where the waters of the Arabian Sea meet the vast Indian Ocean, northwards to the Sea of Oman and on to Musandam, where the great overland caravan routes intersected on their journeys due north, south, east and west through the Arabian Peninsula.

For extended periods of its history, Oman has been a prominent and dynamic regional hub, its reputation on the high seas second to none. It nurtured strong ties with the early civilizations of China, India and Mesopotamia and, to the west, those of the Eastern Mediterranean, Nile Valley and North Africa. It has at times contributed generously to the cultural advancement of mankind. At others it has been an influential naval and political power.

The Sultanate’s cultural heritage, both tangible and intangible, has been the focus of special attention and protection in modern Oman. His Majesty Sultan Qaboos bin Said had the vision to recognize heritage as a cornerstone of national identity, one that contributes to social cohesion at home and respect, understanding and tolerance for others. In this stable climate, sustainable development flourishes, and knowledge, skills and values are transferred peaceably from generation to generation.

Oman has been known from earliest times as a center of cultural exchange and peaceful coexistence. Its influence grew in the Islamic era through interactions that established the Omani reputation for social harmony and understanding and acceptance of difference in other cultures. Omanis were renowned for their wisdom, generosity and hospitality. These social virtues are constants of the Omani character and features of their exchanges with other cultures and peoples across time.

The establishment of the modern institutions of the State — administrative, executive and judicial — constitutes a significant achievement and was facilitated by a constructive dialogue between the Council of Ministers and the Council of Oman.

The Basic Law of the State is the legal framework of reference that oversees and defines the work of the various agencies of the State. It is the source from which these agencies derive the basis and scope of their authority. It is also the source that guarantees and protects to the maximum extent the freedom, dignity and rights of the individual. It defends the rule of law to a degree commensurate with the strictest international standards.

The Omani Shura, or “consultation” is bicameral, incorporating the appointed Majlis al-Dawla, or State Council, and the elected Majlis al-Shura, or Consultation Council, both overseen by the Majlis Oman, or the Oman Council. 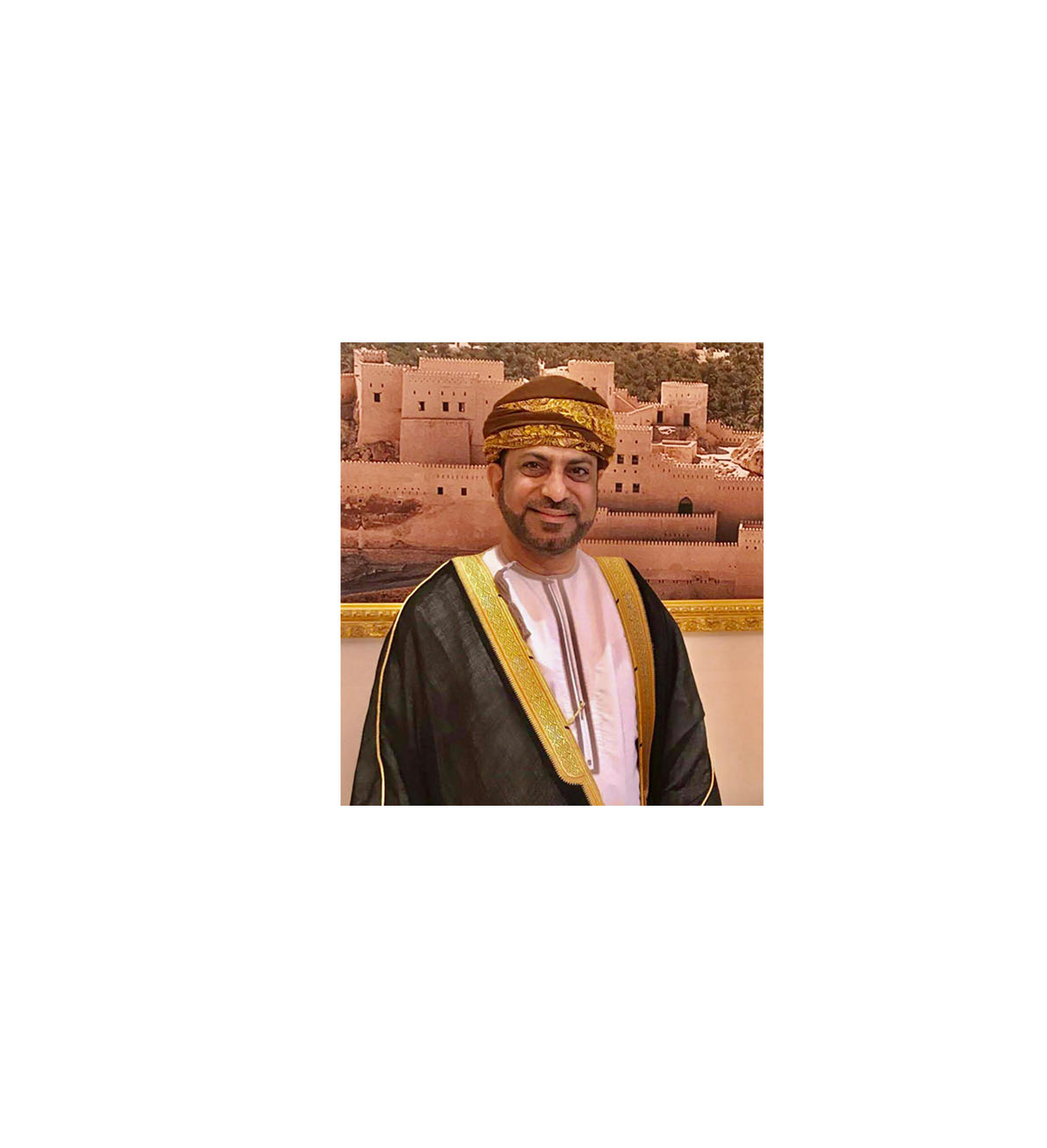 Oman’s economy is based on principles of openness to global markets and economic diversification. The investment opportunities and incentives offered by Oman have enabled to attract local and foreign investors. Among these advantages are security, political stability and a climate of economic freedom that permits foreigners to own projects, beside other facilities in varies industrial areas and free economic zones. Oman has fostered an immense developmental march forward to put the Omani economy on track for a new phase of growth: the Oman 2040 Vision, following the success of the Oman 2020 Vision focusing on economic diversification and attracting foreign investments.

With its strategic location overlooking the Indian Ocean, the Arabian Sea, the Sea of Oman and the Arabian Gulf, it was inevitable that Oman would establish major commercial and industrial ports along its coastline. Today, the logistics sector is growing to become one of the Sultanate’s main sectors of economic diversification. Ports are a key component of the logistics sector. In recent years, the twin drives to secure economic diversification on the one hand, and expanded investment on the other, have led to major development in this sector.
Located within the special economic zone, Duqm Port has a range of facilities, including a logistic services area, dry dock, Duqm Port itself, Duqm Airport and Duqm Refinery. The port is currently undergoing further major infrastructural works.

The Sultanate supports the private sector, stimulating it to contribute more actively to the national economy. It promotes the introduction of modern technologies in local industry, so as to enhance the quality of Omani industrial output. It is constantly working to facilitate procedures for investors that support competitiveness, favoring investment in local and external market products that are high in quality and competitively priced. With an eye to the overall strategic benefit to the country, it incentives foreign investment in products that add value to the domestic economy.

Oman’s foreign policy is clear, transparent and objective at all political, economic and cultural levels. It is based on building bridges of friendship and to extend cooperation and good relations to other states on the solid ground of mutual respect and non-interference in internal affairs. Oman is adopting an approach based on values of peace, coexistence, tolerance, dialogue and cooperation, as well as respect for principles of justice and equality.

Oman has been known from earliest times as a center of cultural exchange and peaceful coexistence. Its influence grew in the Islamic era through interactions that established the Omani reputation for social harmony and understanding and acceptance of difference in other cultures. Omanis were renowned for their wisdom, generosity and hospitality.

Being a model country, the Sultanate has earned the respect of the international community, and it is well known as a peace-loving country. Internationally, Oman’s initiatives are focused on active participation in every positive effort aimed at realizing peace, security and the stability of nations around the world.

Oman, which heads the current GCC summit sessions, has played a positive role in rapprochement among member states during meetings of committees and councils in preparation for meetings of the GCC Supreme Council of leaders.

Oman welcomes all sincere efforts to end wars, on top of which is the war waging in Yemen. The Sultanate seeks all means to ease tension in the GCC region and secure the safe passage of vessels via the Strait of Hormuz as part of the country’s responsibility to secure its regional waters. This was stated clearly in the Sultanate’s speech during the 74th session of United Nations General Assembly, saying, “Acting from its position of sovereignty on its national waters and, as part of its international responsibilities to oversee its part of the Strait of Hormuz, Oman calls upon all countries to cooperate and respect the right for navigation in accordance with UN agreement on maritime law.

The project aims to help a turbulent world to rise again and achieve a balanced future where people enjoy dignity and basic human rights. The project involves improving lives, adopting a global system of ethics and nurturing spiritual values.

Oman-Korea relations date back more than a thousand years, when Omani merchants met their Korean counterparts on their way to China during Silla Dynasty (57 B.C.-A.D.935) way back during the Silk Road. In modern times, Oman-Korea diplomatic relations were established in 1974. Since then, Oman-Korea relations witnessed a remarkable development in various fields, and the trade volume has increased and even is expected to double in the coming years due to large engagements and investment opportunities and partnership between Oman and Korea.

Korea is regarded a major trading partner of Oman, and both countries engage in numerous economical exchanges and cooperation. Oman provides large quantities of oil and liquefied natural gas (LNG)to Korea. On the other hand, Korea exports many industrial products, including automobiles, vessels, high-tech electronics and electric goods to Oman.

Moreover, many Korean companies such as Samsung, GS, LG, Daewoo, Hyundai, Doosan, Hanjin, Daelim, Posco and many small and business companies are contributing to the development of Omani infrastructure and other major projects. To reflect the strong ties, high-ranking exchange visits from both sides have taken place. Oman also very often participates in most international events and conferences which take place in Korea throughout the year.

The potential of cooperation between Oman and Korea is wide and spacious. The Sultanate of Oman welcomes the Korean investments particularly in the field of industries, tourism, logistics, mining and fisheries, as well as technology, health care, education, energy, water, environment and renewable energy. In addition, the area of cooperation is widely opened to enter into many joint venture projects and investments whether in Oman or in Korea or any other country, and it is hoped that the private sector will play a major role in this partnership.

In that, we would like to invite Korean companies to take the opportunity to participate in these projects and investments. I would like also to invite the Korean people to visit Oman, explore the heritage and culture, tourism landmarks beside the beautiful geological landscape and adventure. The embassy is keen on providing support and cooperation to Koreans as tourists or businesses.

In closing, I would like to express my thanks and appreciation to the Korean people and government for their cooperation, kindness, generosity and hospitality they have extended to us since our arrival in this great and beautiful country.

I feel proud and happy for the success and achievements that have been accomplished in term of the relations and cooperation between Oman and Korea and our efforts in public diplomacy throughout the previous years. I’m confident that the solid base that we have established will pave the way for further cooperation, collaboration, partnership and long-lasting relations between Oman and Korea. Ultimately, my heartfelt wishes to Korea to further success and progress and for the Oman-Korea relations to further development and prosperity. Finally, I would like to extend my thanks and appreciation to the sponsor and the Korea JoongAng Daily who have made this supplement possible.