Kim Ha-seong is hungry for MLB

Kim Ha-seong is hungry for MLB 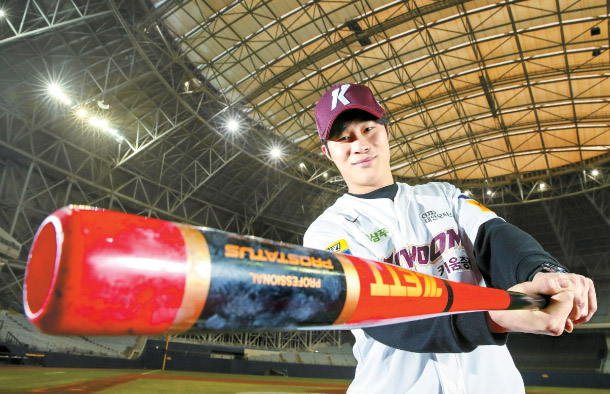 This year, the KBO is seeing probably the most players it’s ever seen trying to make their way to the major leagues. This trend is expected to continue even with the league’s young players as Kiwoom Heroes’ shortstop Kim Ha-seong also already announced his interest in making his way to the majors after the 2020 season.

Although he still has a year to go, the Heroes have already said that they will post Kim, if he wants them to.

“Since there are quite a number of veterans trying out for the MLB this year, I meant to say I could go if I play well next season,” Kim said. “But it seems like my decision has already been finalized so I feel a little overwhelmed. I’m not there yet. Some of the fans doubted me by saying, ‘Can Kim Ha-seong do it?’”

While Kim is uncertain about his career path in the next year or two, he said it was Park who supported his decision and encouraged him. Park headed to the United States in 2016 by signing a four-year contract with the Minnesota Twins - but instead of the full four-years, he returned to the Heroes after only two seasons.

“[Park] Byung-ho told me that not many players can actually do it,” Kim said. “He encouraged me by telling me that I should give it a try if I can get that chance, and that helped me gain confidence. Even if it’s not an easy path, I’m the one going down that path, so I’m going to care less about [the negative comments] and go my own way.”

Currently, KBO fielders that headed to the major leagues haven’t had much success, as most of them are now back in the Korean league. However, in Kim’s case, he might have more options as his youth will likely be attractive to scouts.

Normally, KBO players are in their late 20s to early 30s when they try out for the MLB.

Compared to past players, Kim is a lot younger. He’ll only turn 25 by the end of next season. If he chooses to wait two more seasons, until he becomes a free agent, Kim is in no rush as he’ll be 26.

“As the club allowed me to gain experience at the top division since the early stages of my career, I got to challenge myself to reach the MLB at a young age,” Kim said. “If I can’t next year, I’ll give it another try the following year.”

Looking at Kim’s KBO career, he’s only gone through the elite steps. Of the Heroes’ rookies in 2014, Kim was the only player to be added onto the spring training list, and that year he got to experience playing in the Korean Series.

While the majority of the KBO players struggled this season with the new baseball, Kim stood out once again. He had 166 hits, a career high, with a 0.307 batting average, 19 home runs and 104 RBIs. He also stole 33 bases. From a successful season, he won the KBO’s Golden Glove award as shortstop, and was chosen as one of the tournament’s best 11 at the World Baseball Softball Confederation (WBSC) Premier 12 last month.

“I had a lot of pain this year,” Kim said. “I missed five games because of my back, but thanks to the training team, I got to play in the postseason and for the national team.”

Although Kim is one of few players in the KBO to be consistent in terms of statistics, he is never satisfied with the numbers. He’s actually unhappy with his consistency.

“I’m complaining about the fact that my ups and downs are similar every year,” Kim said. “I feel like I can get to the next step, but I can’t reach it. I’ve tried different things like changing my swing form, equipment and many more, but nothing has changed. I’m very greedy. I don’t think I’ll be satisfied even after I hit 100 home runs and keep my batting average above 0.400. Once I start feeling satisfied [about my performance], that will be the end of my career as a player.”

To improve his performance, Kim started weight training as soon as the awards ceremony ended on Dec. 10. To improve on his statistics, Kim chose to bulk-up next season to gain strength.

“It’s more difficult than when I’m in season,” Kim said. “I get up at 8 in the morning and weight train all morning. I’m on a high-protein diet where I eat beef for breakfast and dinner and eat chicken breast for lunch. It’s really bad.”