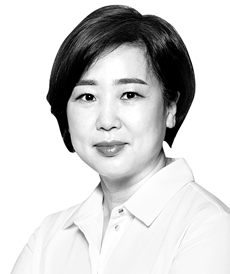 K-pop boy band BTS rocked the world, and it’s now Bong Joon-ho’s prime time. The Korean movie director’s “Parasite” won a Golden Globe for Best Foreign Language Film this week, making history in the nation’s cinema industry less than a year after it won the Palme d’Or at the Cannes Film Festival. All eyes are now on the upcoming Academy Awards and whether “Parasite” will be crowned the Best International Feature Film in the world’s most prestigious awards ceremony on Feb. 9. Bong grew so popular in the United States that his most devoted fans now call themselves by the endearing moniker “Bong Hive.” Former U.S. President Barack Obama and A-list actor Leonardo DiCaprio are among Bong’s most fervent fans. “Parasite” was to be screened in only three theaters in the United States, but the film quickly went viral on social media, leading to the movie hitting nearly 620 theaters across the nation. The headline of a New York Times article on Sunday read, “Golden Globe Parties: Everyone Wants to Meet the Man Who Made ‘Parasite.’”

Before Bong’s latest feat, K-pop boy band BTS performed live in Times Square on New Year’s Eve, welcomed by throngs of fans screaming in Korean. When BTS failed to receive any 2020 Grammys nominations last year, the Rolling Stone reported that the failure to acknowledge K-pop at awards shows stood in “stark contrast to the music industry’s day-to-day reality.” K-pop is so widely recognized that a Chilean government report went as far as claiming last month that K-pop fans contributed to the recent antigovernment protests by re-tweeting critical posts of the Chilean police. CNN recently reported that East Asian pop culture — especially from Korea — has “really taken off,” and that East Asian pop culture will keep going strong.

Kim Ju-oak, an assistant professor at Texas A&M International University, said that American culture allows non-mainstream culture to receive wide media attention if it is deemed influential and catchy for consumers. Latin music, for instance, was nowhere to be seen on Billboard charts before, but that’s not the case anymore. “Parasite” and BTS have at least one thing in common: “Parasite,” a symbol of class conflict, and BTS were both major hits in America, the heart of capitalism, despite conveying messages that criticized key capitalist features.

Bong and BTS proved there are no limits in the global reach of Korean culture. More K-pop idol groups are now debuting outside Korea and gaining more popularity with foreigners. Among people who log onto V Live, a live video website operated by Naver, 85 percent are known to be users from abroad. Bong gained worldwide attention by dealing with universal issues through a Korean plot in “Parasite,” and the director was lauded for his quick adjustment to the fast-changing movie platforms when he released his previous film “Okja” on Netflix. With BTS, their clever use of social media tools has become well known. 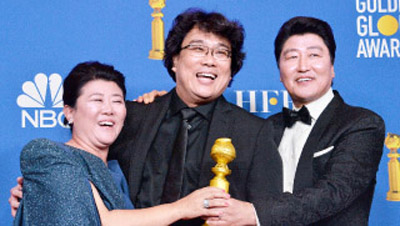 The achievements of Bong and BTS are the result of the Korean cultural content industry enjoying an ease up of restrictions, political democracy and capitalism from the late 1990s through the early 2000s, and later converging with the changing global media consumer environment to transform the global cultural landscape.

Some foreign critics used to undervalue Korean pop culture in the past, taunting them as products of government subsidies, but the former Park Geun-hye administration allowed Korean culture to thrive in the private sector on the principle of the market. Bong told reporters after the Golden Globe awards ceremony that the cultural power of BTS was 3,000 times stronger than his, and that Korea is so “emotionally powerful and dynamic” that it only makes sense for the country to raise so many great artists. In other words, Koreans have cultural DNA.

President Moon Jae-in vowed to create a nation that we’ve “never experienced.” The political slogan is being sneered at nowadays by his critics, but I’m guessing BTS and “Parasite” were partially what he meant by that. Korea’s culture is spreading across borders, fueled by conflicts in our society, yet why are politicians failing to resolve those very conflicts? I’m starting to have a bitter taste in my mouth after suddenly veering my thoughts to politics. But seriously, can’t our politics be as good as our culture?