The probability of justice

The probability of justice 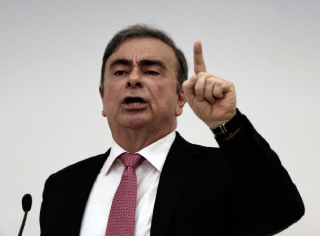 LEE DONG-HYEON
The author is a deputy head of the industry 1 team of the JoongAng Ilbo.

Probability and game theory is a structure of eliminating uncertainty. Rather than relying on “luck,” the number of trials for a certain event is increased infinitely to approach limiting frequency. The probability of getting a certain number while rolling a six-sided dice is 16.67 percent.

I am talking about probability because of what former Renault-Nissan alliance Chairman Carlos Ghosn said at a press conference held on Jan. 8 after his “grand escape.” He said that in Japan, the criminal conviction rate is 99.4 percent, and the suspect’s rights were not guaranteed. He claimed that Japanese prosecutors demanded that he provide a confession for several hours a day without the presence of lawyers.

What he said is true. In Japan, 99 percent of criminal cases are convicted. Under Korea’s criminal law, the extension of custody is restricted depending on the categories. But in Japan, aside from some special cases, detention can be extended indefinitely. Until 10 years ago, the rate of issuing arrest warrants was 99.9 percent, and after being criticized as “hostage justice,” it fell to about 97 percent. Suspects are mostly detained, and once detained, it is hard to avoid conviction.

The New York Times wrote in a column titled “Carlos Ghosn Faces Japanese ‘Justice’” in February 2019 that “the system boasts a 99 percent conviction rate, usually through confessions. Bail is generally reserved for defendants prepared to make a confession.”

If the probability of a successful escape using a private military service is higher than 1 percent, it is not surprising that he made a bet. Ghosn wouldn’t have studied game theory or calculated “mathematical expectation” to plan his escape. But once convicted, he was likely to be sentenced to as long as 15 years in prison, so it is easy to presume what encouraged him to make the decision.

Korea’s justice system wouldn’t seem so much different by the United States or Europe, where the acquittal rate for criminal cases is about 10 percent.

With the passing of the act for an agency investigating high-level public officials, the prosecutors’ monopoly on indictments has fallen. But I am doubtful whether “advanced justice” can be realized only with a system. For your reference, the acquittal rate for criminal cases in Korea is about 3 percent. Still, the chance is three times greater than that of Japan.