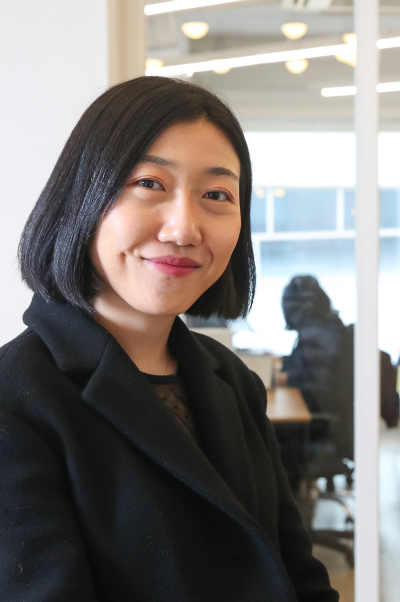 Moon Jung-ha, a 31-year-old financial analyst working in Seoul, subscribes to Apple Music, YouTube, Netflix and most recently, she became an avid user of Closetshare. Like the streaming services she uses to access music and video contents, Closetshare is a fashion rental service, frequently referred to as fashion streaming service in Korea, that allows users to rent instead of buy outfits and possibly a handbag, shoes and accessories to match.

Fashion rental platforms are one of the fastest growing businesses in the fashion industry. Already, a handful of wardrobe rental services in the United States have proven successful and continue to grow, including Rent the Runway, which was valued at $1 billion after receiving a $125 million investment last year. And it’s not just start-up entrepreneurs that are eyeing the market. American luxury department store Bloomingdale’s and fashion brand Banana Republic have also launched their own versions of fashion rental platforms.

In Korea, however, wardrobe rental services are just beginning to see growth. SK Planet, the online commerce platform affiliate company of the conglomerate SK Group, launched the fashion rental service Project ANNE in 2017 and brought other similar services up to the surface, including Closetshare, making Korean consumers take notice. However, after only two years, SK Planet decided to shut Project ANNE down due to low profits. But Closetshare has endured and now stands as the country’s biggest fashion rental service.

The beginning was humble for Closetshare, starting with only four employees and only 30 luxury bags to lend. But now, there are more than 33,000 items available on Closetshare and more than 100,000 rentals have been made so far. This year, the company’s total investment reached over 5 billion won ($4.2 million) and Seong Ju-hee, the 33-year-old entrepreneur behind Closetshare, rented out a large distribution center in Gyeonggi to store the company’s ever-growing supply. In January, Closetshare opened up its overseas service through the company’s Singapore corporation that Seong established in 2018. She had plans to go global from the start.

“I’ve been invited to a wedding, but I have nothing to wear.”

Such “distress” is how most users of Closetshare end up encountering the service for the first time and, in fact, was what Seong experienced so often that she decided to launch the company.

“All women out there will sympathize,” said Seong, “[sometimes a] wardrobe is full of clothes, but there’s just nothing to wear.”

Closetshare may look similar to other wardrobe rental services in that it lends clothes to its users at certain prices, but one of the key features of Closetshare is that it expands its wardrobe size not by making purchases, but by inviting “sharers” who want to share some of their clothes and bags they don’t wear often and earn some money in return. In other words, Closetshare is more of a platform that allows for transactions in a systematic way. 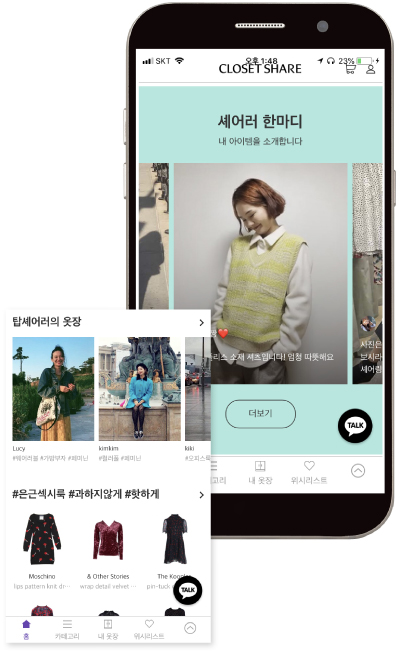 To learn more about Closetshare, the JoongAng Ilbo recently sat with Seong for an interview. The following are edited excerpts from the interview.

Q. What kind of service is Closetshare?

A. Simply put, it’s like a shared wardrobe. People can make money by lending clothes they don’t really wear, and others can rent clothes they would otherwise buy and perhaps wear only a few times.

Can you really make money by sharing the clothes you don’t wear?

The sharer who has made the most profit by opening her wardrobe has earned more than 24 million won, excluding the service charges taken off by Closetshare. The top 20 percent of our sharers earn about 500,000 won a month, and on average, sharers make about 30,000 won a month.

Fashion rental services have a difficult business model. Did you plan the current model from the start?

If I knew it would be this hard to run this business, I wouldn’t have started. There were so many changes and experiments before Closetshare began to look like what it does today. My first business model was more of a social venture that sold eco-friendly canvas bags by collecting used clothes and upcycling them. The concept of giving new life to unwanted clothes is similar to the current Closetshare, but the compensation system for the suppliers of used clothes was weak. So there was a change of the business model and I launched a luxury bag rental service in 2016. I visited a second hand luxury goods store and purchased about 30 designer bags that each cost around 1.5 to 2 million won. For certain bags, there were about 500 people waiting for their turn to rent them, and that is when I saw the potential of this business model. So I began expanding it to clothes in 2017.

Even a conglomerate failed to make it in the market in Korea. What do you think has been the key to Closetshare’s success?

I think it was the difference in the business model. The business model that the company had adopted was the most common structure of purchasing the clothes first and then renting them. On the other hand, Closetshare can sustain as long as we have people - those who want to share and those who want to rent. Our job here is to provide a convenient environment for such transactions to take place. We manage the clothes for the sharers, dry cleaning them after each use and even checking to see if any damages were made during the lease. We manage the clothes and distribute them but we don’t have any burden regarding our stock. This purchasing-to-renting business model requires quite a large amount of initial capital. If I am correct, SK Planet spent about 10 billion won to launch its rental service, but I don’t think that was enough.

But isn’t securing clothes that users actually want to borrow more important than the actual quantity?

That was the key difference between the conglomerate’s rental service and Closetshare. When we consider what to hang up in the wardrobe, we only consider the needs of our consumers. What we accept from sharers, the kinds of brands we select and the price tags we put on are all decided after considering the needs of our users. Of course, insights from fashion experts and managing directors are important, but oftentimes it’s quite different from what actual consumers are really looking for.

How can you be so sure that you have lined up your products with actual items that your consumers want?

Because I’ve asked them. Before I launched the service, I went out, conducting surveys to my potential consumers - female office workers in their 20s and 30s. I talked to them on the streets and at cafes. Now we have full-time employees who only do the surveying, but at first, every employee was running around to collect information.

What clothes are the most popular?

“Office-look” items are the most popular. They are clothes that don’t really stand out but are quite formal. Dresses are also quite popular on weekends and during the winter, people rent coats.

What did you do before you started Closetshare?

Right after graduating from Ewha Woman’s University, I went down to my hometown in Goseong, South Gyeongsang, and taught English at an academy. My hometown is a country village and I was the only 20-something living there. Because it was such a small town, I wanted to teach practical English to younger students there. But eventually, I lost interest in teaching because it seemed like money was all that mattered for the academy that I worked at. At the same time, I was selling dresses online as a side job by investing about two hours a day. I saw more potential there, so I went all in.

Were there any moments of crisis while running the business?

For the first month of Closetshare in 2017, no one applied to become a sharer. I thought then that this business model might not work because having an inventory was the most crucial factor. If we don’t have anyone willing to share their closet, it’s a failed business. So we went out again, surveying people, and realized that “trust” was the most important factor to become a sharer. We reset the managing system of clothes and bags, and that was when sharers began to appear. After a year, the quantity began to increase by 10 times per month. Now, we receive about six to seven thousand pieces of clothing and bags a month.

Similar businesses seem to appear and disappear quickly. Why is that?

The ups and downs of this business is evident. That is why so many businesses come and go. It proves how difficult it is to make this business successful. I think the main reason why we can survive is because we’ve managed to set up the technical skills necessary to operate. If there’s a sharer who wants to share their clothes, we send them empty bags and we collect them. This doesn’t take more than two days. Then we developed this automatic photographing system that photographs, edits and uploads the clothes that come in. There’s also an inspection program that sets the value of the clothes, and soon we’ll adopt a new tracking system for all our products.

Will there be new features available through Closetshare in the future?

We are planning to launch a personalized curation service that allows users to pick out clothes more conveniently. It will automatically find and suggest clothes that will suit the user. It’s our goal to launch that service within this year.