[TEST DRIVE] For those who can’t wait a year for their luxury SUV, how about the XT6?

[TEST DRIVE] For those who can’t wait a year for their luxury SUV, how about the XT6? 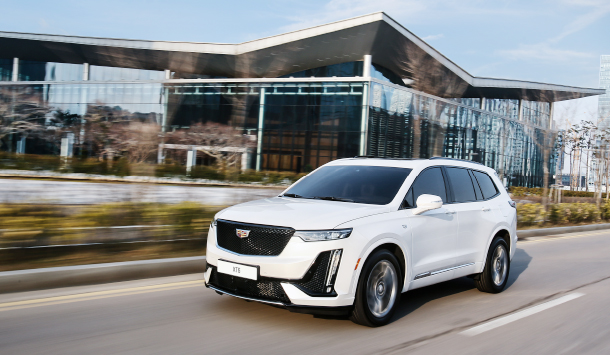 The Cadillac XT6 large-size SUV is driven down the road. The competitor model against the Genesis GV80 could fare well considering how much delay in production and delivery Hyundai Motor is experiencing from the coronavirus outbreak. [CADILLAC KOREA]

GAPYEONG, Gyeonggi ­-­ You can have your GV80 right now, if you’re fine with it being a Cadillac.

Orders for the luxury SUV from Genesis are likely to take a year to fill. But if you sign up for the XT6, a Cadillac that nearly matches the GV80 in terms of style, price and quality, you could have the vehicle in your parking space next month.

Genesis, which is a luxury brand from Hyundai Motor, has been dealing with production and delivery delays. This may be the opportunity for Cadillac Korea to steal the march on the much anticipated GV80.

The Korean subsidiary of the U.S. car company could use the boost. 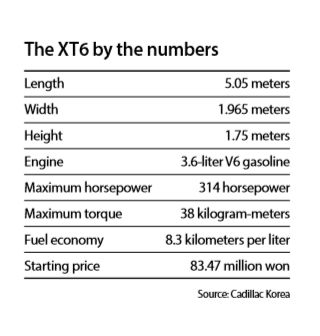 Eyeing a comeback, Cadillac Korea started this year by launching the XT6 earlier this month, looking to compete with the well-received GV80 from Genesis.

Whether the XT6 is significantly better than the GV80, I’m not so sure, but given its timing and market position, it may be the luxury SUV for the moment.

With production and delivery for the GV80 delayed for at least a year, consumers might not line up for a vehicle that will take its time in coming and accept the best of what’s available.

Koreans have probably had enough of lining up these days.

The authentic American luxury SUV certainly has its strong points. The six-seater maintains the Cadillac tradition in terms of design and performance and has most of the features I might ask from a car priced at 83.47 million won ($67,000).

Then again, the GV80 has some features lacking in the XT6. For some, especially picky and particularly patient customers, the wait might be worth it.

The XT6 well hews to the Escala design concept unveiled in 2016 to add more sharpness to a brand better known for bulkiness.

A pentagonal radiator grille at the center combines with another grille emerging from under it and extending to the sides with a vertical cutting-edge finish. It’s surprising that Cadillac abandoned the vertical headlamps from the Escala concept for the XT6, but the design seems to work.

The car still looks monstrously big and bulky; that’s one of the qualities that defines the Caddy. If you want dainty, go elsewhere.

Inside screams Cadillac, but it also manages to hit marks that Koreans demand.

The V-shaped center fascia extending to the sides topped with wood and leather show Cadillac still knows how to work with hide.

The seats offered a comfort uncommon in a car.

It was true delight as I pulled the beast onto the highways and byways of greater Seoul, driving to Gapyeong, Gyeonggi, and back.

Cadillac is only offering the “Sport” model at the moment in Korea. It’s the best performing and most expensive XT6. It lived up to its name and was every bit as powerful and exhilarating as the GV80.

The 3.6-liter six-cylinder gasoline engine was a beauty, allowing for easy and smooth acceleration. It still had a kick, though the XT6 stayed close to the pavement at all turns. It was proof positive that stability and sportiness can be used in the same sentence.

The numbers matched reality. Armed with a nine-speed automatic transmission, the XT6 is rated at 314 horsepower and 38 kilogram-meters (275 pound-feet) in torque.

While the car didn’t have much in terms of lane-keeping assist - annoyingly loud alarms warning of nearby cars when flipping the blinkers - a lack of those features made my driving experience more pleasant.

It allowed more freedom to maneuver the car.

I can’t say much about what it feels like to ride in the back, because I only sat in those seats when the car was at rest.

But at a standstill they were still comfortable, and I can only hope the comfort I felt in the driver’s seat is the same in back.

The infotainment system was a bit of a letdown, especially when compared to the system in the GV80.

It was a little laggy and didn’t provide much information or entertainment. Car-to-home technologies and an exclusive online payment feature that were on the GV80’s menu weren’t to be found, but the XT6 is from the United States, where features of that kind aren’t widely adopted.

Luckily, navigating through the test drive course was easy breezy, as the car had a better navigation system than found in most foreign brands. I usually start using Android Auto when frustrated with the navigation system of U.S. or European names, but never with the XT6.

Even if Hyundai Motor boosts production at its domestic factory for a faster rollout of the GV80, there’s still time for the XT6 to impress local consumers.

The XT6 is not so much different in terms of price from the fully-packaged GV80 priced at around 85 million won, but it is in another league when talking about sheer performance. Those seeking the most sensitive and responsive of rides, and more safety features, might want to wait the extra year.