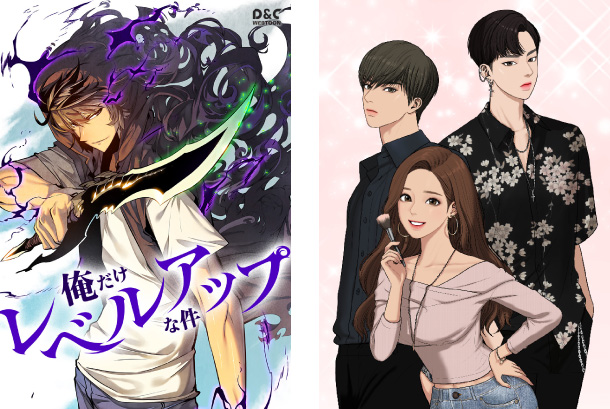 Sung Jin-woo is the weakest hunter, but the webtoon in which he is a character is doing very well in Japan.

Solo Leveling, a KakaoPage webtoon adapted from a Korean novel of the same name and written by Chu Gong, is available on Piccoma, a manga subscription service from Kakao in Japan.

Solo Leveling has been gaining popularity in Japan since March last year. It has more than 1 million cumulative readers and was named the No. 1 webtoon of 2019 on Piccoma.

The chapters are released every week, but readers can pay to unlock new chapters in advance. 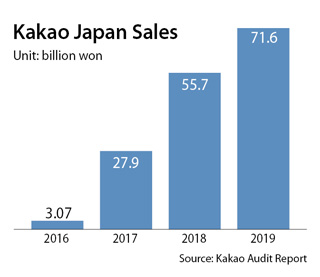 According to online application tracker App Annie, it ranked No. 1 in total sales of non-game apps and had the most MAU among manga apps on Google Play and App Store in Japan last year.

The global success of Korean webtoon platforms in Japan and the United States is meaningful in that those two are the leaders of the global comics market.

Analysts say that Korean platforms have dominated the market by moving paper comics to digital and introducing scroll-based and mobile-optimized webtoons.

“Confirmed through KakaoPage and Daum Webtoon, K-Webtoon is enjoying as much popularity in Japan as local comics through Piccoma,” said Kim Jae-yong, chief executive of Kakao Japan.

Naver Webtoon’s True Beauty ranked No. 2 on Line Webtoon in the United States in 2019 as of November last year. Naver Webtoon Tower of God, which was released as a Korea-U.S.-Japan joint animation on April 1, topped Reddit’s weekly animation ranking.

“Because both the Japanese and U.S. comics markets rely heavily on traditional publishing, the Korean webtoon market had a chance to enter the digital comic market,” said an official at the Korea Creative Content Agency.

“The Korean webtoon platform is playing an active role in attracting the digital generations to the comics market.”