Waste from packaging — plastic, vinyl and Styrofoam — is overwhelming the environment as delivery booms in the age of Covid-19. 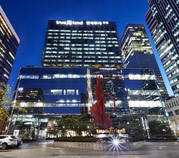 Korea Investment & Securities will stop all investments in coal in line with the government’s Green New Deal project, the brokerage firm announced Friday.

Korea formally opened the world's first byproduct hydrogen power plant, which uses gas produced in the processing of petrochemicals. The plant is rated at 50 megawatts and will produce enough electricity to supply 160,000 households.

Kim Tae-nyeon, floor leader of the ruling Democratic Party (DP), called for the National Assembly and Blue House to be moved from Seoul to Sejong City. “We have to complete the process of creating the administration capital [of Sejong City]...

The government plans a Korean New Deal program that it hopes will create 1.9 million jobs. Some 160 trillion won ($133 billion) will be invested in the program by 2025, 71 percent, or 114.1 trillion won, by the government. 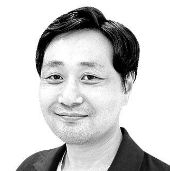 The government has been making a big deal out of the-so-called Green New Deal initiative. It touts the five-year initiative will give growth momentum to the economy struggling from a virus pandemic while tackling climate... 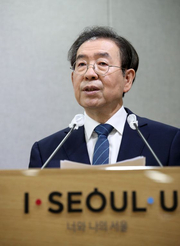 Among an array of environment policies relayed during a press briefing at Seoul City Hall on Wednesday, Park said one key goal of the Seoul Metropolitan Government is to swap all diesel and gasoline cars with hydrogen and electric vehicles.

Korean President Moon Jae-in and European Union leaders in a videoconference on Tuesday agreed to work together to overcome the coronavirus pandemic, restore economic growth and successfully hold the P4G climate change summit in Seoul next year.

Marcel Beukeboom, climate envoy for the Netherlands, invited Korea to become the first Asian country to join the Powering Past Coal Alliance during a Korea-Netherlands climate conference in central Seoul on Tuesday. "The conference illustrates...