An Air Force sergeant who was charged with the sexual harassment that led a female officer to take her own life in May committed suicide Sunday in a detention cell while awaiting trial.

Military prosecutors indicted 10 people for sexual assault, intimidation, evidence destruction and defamation after the suicide of an Air Force officer who was sexually harassed.

Satellite imagery from June 12 shows major maintenance and expansion at the Sunchon Air Base in South Pyongan, North Korea, which usually houses the country’s most modern and flightworthy military aircraft, according to a U.S. think tank on Thursday. 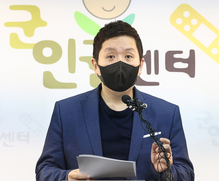 A civic group has raised suspicions that the head of the military police division at the Air Force Headquarters ordered that the suicide of the female officer following unresolved sexual harassment be falsely reported as a simple death case.

The Air Force's headquarters in Gyeryongdae, South Chungcheong, did not submit a proper report to the Defense Ministry regarding the case of sexual harassment brought forward by a female officer who later committed suicide. 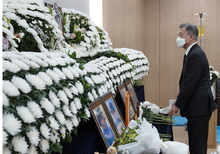 President Moon Jae-in vowed to rid the military of its “backward culture” in an address at the Memorial Day ceremony at Seoul National Cemetery on Sunday, in light of the recent suicide of an Air Force officer who reportedly took her own life...

The top leader of the Air Force said Friday that he will step down from his post over the recent suicide of a female officer who reportedly took her own life due to unresolved sexual harassment by a fellow service member.

President Moon Jae-in on Thursday expressed his sympathy for a female Air Force officer who reportedly took her own life due to sexual harassment by a fellow officer and ordered a thorough investigation of the Air Force over its handling of her case. 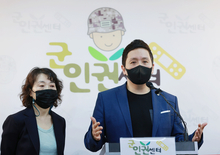 The Air Force was roiled Wednesday by allegations that female Air Force members were secretly filmed without their consent by a male military policeman and that the unit failed to take action to protect the victims. 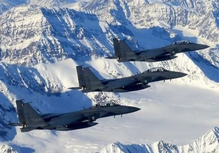 For the first time in three years, the Korean Air Force is planning to participate in a U.S.-led multinational air force exercise next month, military officials said Thursday.