According to a Statistics Korea report, as of the second quarter, there are 1.65 million people 70 years old or older who have jobs. When compared to the same period a year earlier, that’s a 9 percent increase.

The job market has been improving, with employment gains above 600,000 on year for two consecutive months, as the economy is rebounding from Covid-19.

In March, the total number of people working in the country was 26.9 million, up 314,000 on year, according to Statistics Korea. The positive figure breaks the second longest streak of on-year declines in total employment. 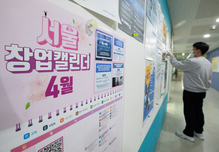 A poster promoting start-ups is posted on a university campus in Seoul on April 12. According to the Ministry of SMEs and Startups as well as Statistics Korea, last year 152,000 start-ups whose founders were under 30 were created.

The number of people employed shrunk for the 12th month in a row, with 473,000 fewer jobs in February than a year before. Yet the government claimed to see a silver lining in the latest jobs report. 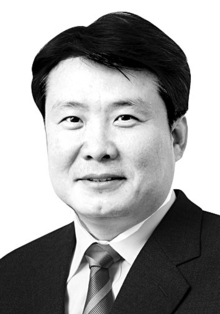 This is the story of when Steve Jobs’ pancreatic cancer spread to his liver. In January 2009, his name was far down on California’s waiting list for liver transplants, and America did not allow anyone — no matter how rich or...

Jobs for foreign workers in factories have been badly affected by the Covid-19 pandemic, the latest job figures showed, while the unemployment rate rose to an all-time record. That figure could get worse.

According to the latest study by Statistics Korea, the number of women whose careers have been cut short as of April this year amounted to 1.5 million people. When compared to the same period a year ago, that figure was 193,000 less.

Coupang generated the third-largest number of jobs in Korea in the third quarter after Samsung Electronics and Hyundai Motor, according to data provided by the National Pension Service and industry tracker CEO Score.