Gangwon FC beat K League 2 club Daejeon Hana Citizen 4-1 after a big comeback in the second leg of the promotion-relegation playoff on Sunday to secure their spot in the top tier next season.

With a few weeks left of K League 1 action, Gangwon and Gwangju are currently fighting to avoid relegation. In the K League 2, Gimcheon Sangmu have locked in a ticket to the first division, while Anyang and Daejeon to face off for a shot at promotion

K League 2 clubs Daejeon Hana Citizen and Jeonnam Dragons will face each other on Wednesday as they race to earn a shot at promotion to the K League 1. 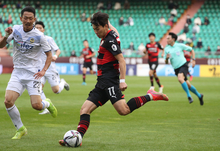 Jeonbuk Hyundai Motors climbed back to the top of the K league 1 standing alongside Ulsan Hyundai last week as the 12 clubs are divided into two for the final stretch before the 2021 season comes to an end.

Gimcheon Sangmu FC of K League 2 has locked in a promotion with a win over Bucheon FC 1995 on Sunday, securing a move up to the first division next season regardless of the results of their remaining two matches. 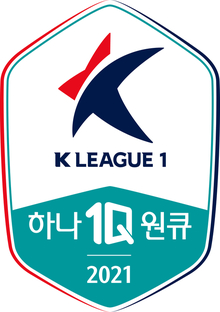 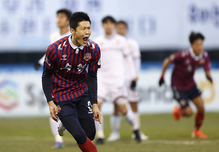 Suwon FC secured their ticket to the K League 1 in dramatic fashion on Sunday, scoring a crucial penalty in the final seconds of the promotion playoff.

Back in 2002, Jung Jo-gook of Jeju United was the youngest player on the Korean national team. Eighteen years later Jung's still going strong, now the oldest player on the Jeju squad with a lot of young teammates to lead.