The Korean national football team pulled off a much-needed 1-0 win against Lebanon on Tuesday evening at Suwon World Cup Stadium in Suwon, Gyeonggi. 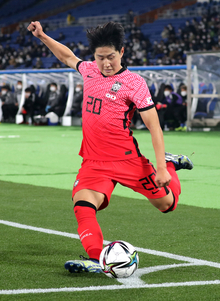 What matters more, the Olympics or the World Cup? Korean football is going to have to come to terms with this question quickly, as the qualifiers for the World Cup are set to clash with the most important training days ahead of the Tokyo Olympics.

Korea will face New Zealand, Honduras and Romania in the group stage of the football tournament at the 2020 Tokyo Olympics. 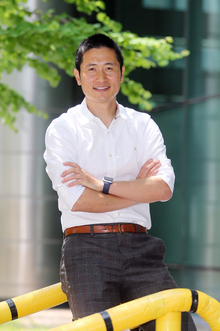 After spending years in Europe and in North America, Lee Young-pyo returned to Korea to take on an administrative role after retiring from the pitch. In December 2020, he became Gangwon FC's CEO, the youngest in K League history.

The K League is hoping to have fans back in the stands by July 10 at the earliest, a league official said. The K League said the match between Busan IPark and FC Seoul in the top-flight K League 1 will likely be the first contest played before fans.

President Moon Jae-in said Wednesday that Korea is setting a precedent for how to enjoy professional sports in the coronavirus era, a day after the opening of the country’s new baseball season. Games began on Children’s Day following a month long..