BTS’s latest single “Life Goes On” debuted at No. 1 on Billboard's Hot 100 chart, the entertainment media brand announced on its Twitter on Tuesday. According to Billboard, “Life Goes On” is the first song that is sung predominantly in Korean...

K-pop boy band BTS took home the Pop/Rock Favorite Duo or Group award and the Favorite Social Artist award at the 2020 American Music Awards (AMAs) on Monday, heightening anticipation that the septet could bag a Grammy nomination during a ... 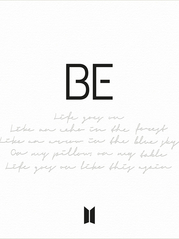 "Life goes on like this again," BTS says through its upcoming album "BE (Deluxe Edition)" to drop on Nov. 20, the band's agency Big Hit Entertainment revealed through an image of the track list of the album on Wednesday. The agency ...