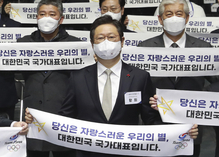 Seoul's Minister of Culture, Sports and Tourism Hwang Hee will head the South Korean government delegation to the Beijing Olympics which kicks off next week, despite a diplomatic boycott of the Winter Games by the United States and some of its allies

On a four-day state visit to Australia, President Moon Jae-in on Monday said that his government is not considering a diplomatic boycott of the February 4-20 Beijing Winter Olympics. He made a rash statement. In a joint press... 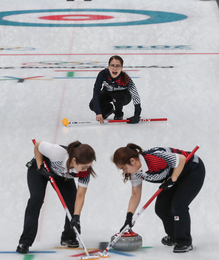 Team Kim, the Korean curling team that played their way into hearts around the world and won a surprise silver at the PyeongChang Winter Olympics, is back and competing for a Beijing Winter Olympic berth at the World Curling Championship in Calgary.