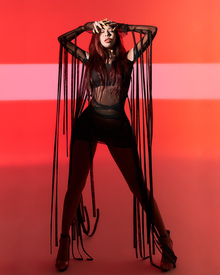 Korean musicians Jessi and Sunmi collaborated with British pop star Ed Sheeran to create a new version of Sheeran’s song, “Shivers.” The new version of the song, the original of which was released in October, will drop on Nov. 24 at 6 p.m.

The Korean entertainment industry once had a saying, "hate comments are better than no comments." Stars used to brush off hate comments as part of the attention. Then, as society became more aware that online hate takes a severe toll on ... 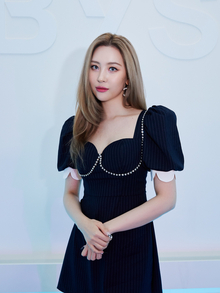 Singer Sunmi’s label Abyss Company released an official statement Wednesday saying it will no longer tolerate those who make malicious comments about the artist. “As we notified in August 2019, we took legal action against those who ...

K-pop girl groups and female solo acts today seem to be sharing a certain type of aesthetic. The most notable aspects are bold colors such as bright pastel and vivid neon, retro-style checkered and plaid patterns, complete with colorful hair ...

K-pop singer Sunmi, whose real name is Lee Sun-mi, plays the role of a teenager fighting zombies in a music video for her new song "You Can't Sit with Us." The music video clocked 10 million views on YouTube in the first day after its release...

Some of the cast of Mnet’s new reality competition program “Girls Planet 999” pose during the production press conference held on Thursday. Actor Yeo Jin-goo hosts the show while mentors such as singers Sunmi and Tiffany Young, who are dubbed... 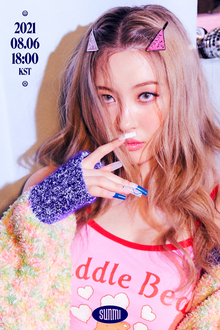 Singer Sunmi is set for a return to the entertainment scene with the release of her new song on Aug. 6, according to her official social media channels on Monday. 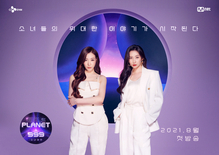 Singer Sunmi performs during an online showcase for her new single “Tail” on Tuesday. The singer wrote the lyrics of “Tail,” which compares a confident woman to an agile cat and was inspired by the fictional villain Catwoman. The single was ... 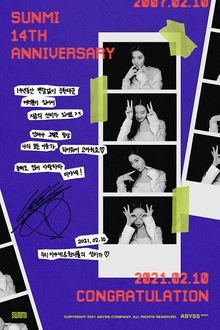 Sunmi is making a comeback to the entertainment scene with a new single, her agency Abyss Company announced on Wednesday. The agency released a teaser for the song, set to drop on Feb. 23 at 6 p.m., through its official social media channels.