Pyongyang said Thursday there's no need for Washington to "worry or trouble itself” over its submarine-launched ballistic missile (SLBM) launch earlier this week.

Tenants can no longer make unreasonable demands on security guards in their buildings. This includes parking cars or delivery groceries. 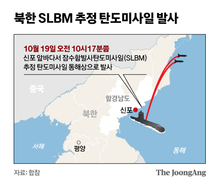 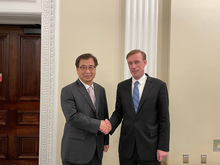 U.S. National Security Adviser Jake Sullivan stressed that Washington holds “no hostile policy” towards North Korea and reiterated Washington’s stance that it is always ready to engage in negotiations with Pyongyang Tuesday.

Despite indications of North Korea’s continued activity at its Yongbyon nuclear complex, leader Kim Jong-un appears to be engaging in a charm offensive to lure both South Korea and China to increase negotiating leverage with the United States.

Four civic activists suspected of having received at least $20,000 from North Korea in 2019 also converted almost $24,800 into won between 2017 and 2018, according to a warrant filed by police and the National Intelligence Service (NIS) on July 27.

Four civic activists were suspected of having received at least $20,000 from North Korea, taken orders from Pyongyang to establish an underground organization and carried out activities benefiting the communist regime, according to sources...