BTS and Blackpink weren't the only Korean pop stars who were the talk of the town during the Chuseok holidays. The name Na Hoon-a, who is a 73-year-old veteran singer-songwriter and dubbed the "Emperor of the Trot," appeared on numerous social media 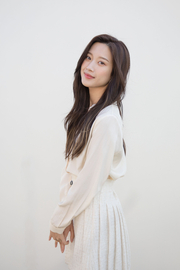 Actor Moon Ga-young talks acting the role of an actress

For someone who has been acting since she was 9 years old, taking on the role of an actor in the MBC drama series “Find Me in Your Memory” was not at all what she was expecting, said lead actor Moon Ga-young. "Ha-jin gives you her honest thoughts...

CJ ENM will be holding this year’s KCON online nonstop for a week in June, for K-pop fans stuck at home around the world, the entertainment company said on Thursday. According to CJ ENM...