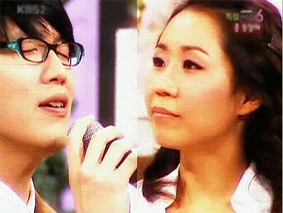 Warning: If you believe that all women should marry older men with established social status and money to keep the world in peace, please stop reading here. I’m about to make a confession that you may consider a portent to the collapse of life as we know it. But it is time for me to come out of the closet. As you may have guessed, I’m dating a younger guy.


Allow me to say that I may not be following this society’s mainstream, but I’m still a law-abiding and tax-paying citizen. I’m patriotic enough to want to have children, thus ensuring the continuance of the human species. I’m not a monster with horns.
You may be one of the people who asks, “Why the big fuss?” I couldn’t agree more that age is nothing but a number (especially now that I have officially hit my 30s). Still, since I started telling people about my relationship, I’ve faced a list of typical reactions: “You can’t be serious,” “Do your parents know this?” or “Let me set you up with my coworker. You better do some two-timing just in case something goes wrong.” Some people say, “So that’s why you look rejuvenated.” These are people who are labeled “normal” or “successful” by society. They have their freedom of speech, but I have my freedom to be free from their speech.
Of course, there are the people (mostly my gal friends) whose curiosity is mixed with a tinge of envy. They ask me, “So, what is it like dating a younger guy?” Then comes my answer: “I’m not dating him because he is younger than me. I’m dating him because it’s him, no matter how old he is.” All I get in return in most cases is a let’s-be-honest look. Then I realize that these people, many of them my dear friends, are not to blame. Turn on a television, and you’ll see the recurrent theme of an older woman hitting it off with a younger man. The television industry has begun using this as an alternative to cliche love stories, and many TV dramas, most recently, “Daljaui Bom” (Dalja’s Spring), airing Wednesdays and Thursdays at 10 p.m. on KBS2-TV, are following this nouveau formula.
I found that writers tend to portray the younger man who falls for an older woman as someone who is shallow, adventurous and hostile toward society. The younger man character in “Dalja’s Spring” is Tae-bong, whose way of bringing home the bacon is acting as a part-time boyfriend for single women. He’s dating the female lead, Dalja, a 33-year-old singleton, for 3 million won ($3,200) for three months. According to the TV drama director’s definition, Tae-bong is a bad-boy figure who defies social values like a teenage delinquent. He is a self-described “cool” guy who is aloof in relationships.
Several months ago, there was another MBC-TV drama, “What Are You Doing, Fox?” which was given rave reviews in this very column. The younger man character, Cheol-su, in “Fox” is different from Tae-bong in “Spring,” as Cheol-su acts like a grown-up. At least, he does not make living as a part-time dater.
Still, Cheol-su had that rebellious image, which most of my friends found rather unlikable. I also have to say that the older women characters are all desperate spinsters who still dream of Mr. Right riding in on a white horse while wearing Gucci riding boots and carrying a silver spoon in his mouth.
There are certain relationship stereotypes created by the television industry to attract viewers and in the long run, advertising revenue.
That stereotype, however, can lead to unjust judgments since what happens on television doesn’t necessarily match what is happening in the real world.
Come to think about it, maybe I should be grateful that I’m alive. At least people respect human rights enough not to shoot 30-something women dating younger guys. Sometimes, tolerance and respect for differences are missing in this world.