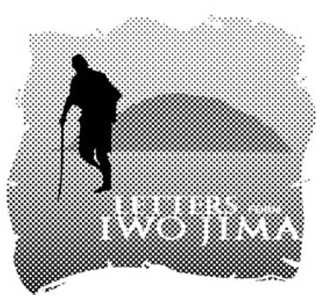 During World War II, a photograph inspired patriotism among Americans. It captured six U.S. soldiers struggling to hoist the Stars and Stripes on a rocky hill. Today, viewers can still sense the blood, sweat and tears it took to capture that hill after a fierce battle against the Japanese.
Koreans feel the same when we see the photo of Korean soldiers raising the Taeguk flag at the capitol building upon recovering Seoul during the Korean War.
The U.S. photo was taken around noon on Feb. 23, 1945 on Iwo Jima, a volcanic island located midway between Japan and Saipan. The United States had deployed over 5,000 naval vessels and 61,000 Marines to take the eight-square-mile island. While the U.S. forces had initially hoped the battle would last about five days, it ended up taking 36 days and killed 6,800 soldiers. Among 21,000 Japanese troops, 20,000 died in battle.
The photo from Iwo Jima is still considered the symbol of courage and unity in the U.S. Marine Corp. Three of the soldiers in the photo survived the battle and were praised as national heroes. However, it turned out that the moment had been staged. Those pictured were not the heroes who broke through the front amid flying bullets. The Stars and Stripes that had been originally hoisted was stolen, so these soldiers were told to raise it again in front of a war correspondent. The truth was revealed 55 years later.
Nonetheless, heroes were needed during the war. The U.S. government used the soldiers in the photo in the campaign for government bonds to raise money for the war. After the war, some were tormented by their conscience. Director Clint Eastwood made the movie, “Flags of Our Fathers” based on the story.
An interesting point is that Mr. Eastwood made another movie, “Letters from Iwo Jima,” simultaneously from the perspective of the Japanese soldiers. The film revolves around a war commander who is anguished by the war against the United States and a soldier who has been forced to participate in the war against his will. “Letters from Iwo Jima” depicts the struggles of the Japanese soldiers unlike other war movies that focused on the Kamikaze-style image. The main message that comes through in both films is a renunciation of war. Last week, “Letters from Iwo Jima” received an Oscar nomination for best picture. Around the same time, Washington announced the addition of more troops to the war in Iraq.
At the 79th Academy Awards show on Feb. 25, it will be interesting to see how Hollywood judges the anti-war movie.