Carbon not always to blame

Carbon not always to blame 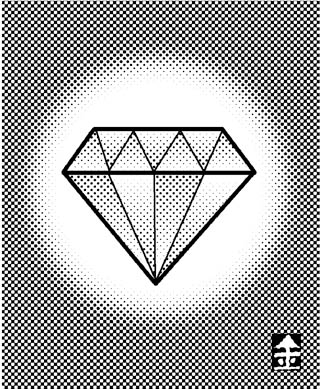 Carbon nanotubes have been hailed as the “new dream material of the 21st century.” When Sumio Iijima of NEC discovered this material while conducting research on graphite carbon in 1991, no one could have predicted the infinite possibilities this material presented; it became the foundation for the latest modern equipment like semiconductors, flat panel televisions, super tough fibers and biosensors. It may overtake semiconductors, which have been exalted as the “rice of industry.” For his work, Sumio Iijima is regularly nominated as a candidate for the Nobel Prize.
Carbon is the chemical element that has the symbol C and atomic number 6. Carbon is a derivation of the Latin word “carbo,” which means charcoal. This contributes to the dull and somber image people have of carbon. However, chemists view carbon as being “bright and gregarious.” Carbon reacts with other elements easily; regardless if it is a chain or ring formation, it creates an infinite amount of chemical compounds. Carbons are also very adept at sticking together. Diamonds are the crystallization of carbon. Relating carbon to human beings, carbon would be the ideal student who leads a model life at home and in society; that is not all -- it would be impossible to discuss biochemistry or organic chemistry, which examine the mystery of life, without mentioning carbon compounds such as proteins and carbohydrates. Revolutionary substances like nylon, aspirin and phenol that revamped our economy are made of carbon compounds.
Perhaps the greatest job of carbon is the circulation of the world’s ecosystems through photosynthesis. Carbon dioxide (CO2) creates dextrose and oxygen when encountering water and air, and carbon dioxide returns to the earth as a carbon ingredient through the life cycles of plants and animals. Global warming occurs when carbon dioxide, a greenhouse gas, is made in excess.
Last year, the British government proposed an idea called the “carbon credit card.” The card would be swiped every time a person bought gas; it would penalize people who overconsume carbon. Environment-alists propose to end the “carbon economy” based on fossil fuels and urge rapid changes to a “hydrogen economy” based on clean energy. Carbon nanotube researchers may flinch at this proposal. The plan for a “carbon fund” reported in the news last week, or China’s plan to set up an exchange of carbon credits, reveal the troublesome nature of carbon.
Although nothing has changed in nature, human beings have suddenly begun to blame carbon for all of the environmental problems.