[Talk of the town]ARE THEY IN LOVE OR NOT?

[Talk of the town]ARE THEY IN LOVE OR NOT? 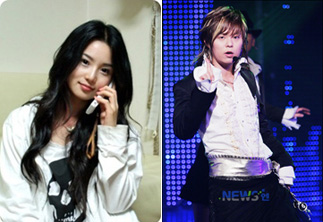 Singers Tony Ahn and Nam Gyu-ri are deeply in love, according to a Seoul newspaper, which reported last week that the two K-pop stars have been dating each other for more than two years.
Nam’s management agency, however, denied the report, insisting that the singers had a short on-and-off relationship, but that they were no longer seeing each other.
They broke up after six months of casual dating, GM Entertainment said through a press release.
But Money Today, the newspaper that originally reported the love affair, argued that it is “obvious” that the two are still dating.
“They were spotted together near Tony’s house and many people around them say they are still in a serious relationship,” according to a follow-up story that ran in the paper. The story explained that the couple fell for each other after appearing on an entertainment show together two years ago.
Tony Ahn, 29, an original member of the successful boy band H.O.T. from the 1990s, is currently an executive at TN Entertainment. Nam, 23, is a vocalist for a new female R&B group called See Ya. She quickly became the talk of the town after the string of her halter dress came loose exposing her right breast during a concert last year.

LEE MI-SUK DIVORCES
Actress Lee Mi-suk, 47, divorced her cosmetic surgeon husband after 20 years of marriage. But reports say it has been nearly six years since the couple began living in separate homes.
Lee is currently in Los Angeles, where her two children are studying. She has been flying back and forth from Seoul to look after her children as her filming schedule allows. She will have custody of the children, her agency said.
Her husband, Hong Seong-ho, 62, who runs a private clinic in Nonhyeon-dong, was not available for comment.
Their marriage was also an issue in 1987 when they tied the knot. Lee was one of the top female celebrities at the time and Hong a successful doctor who divorced his first wife to marry her.
Lee will be back in Seoul soon to work on two films. She will collaborate with director Kwon Chil-in and Park Je-hyeon.
Both Lee and her ex-husband are graduates of Korea University. Some of her hit movies include “Scandal” (2003), “An Affair” (1998) and “Winter Traveler” (1986). She won the Best New Actress Award at the Daejong Film Festival in 1979 and the MBC Outstanding Achievement Award in 1982. 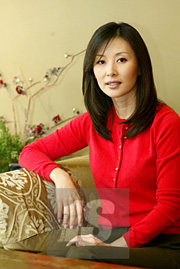