A comet makes a dazzling return

A comet makes a dazzling return 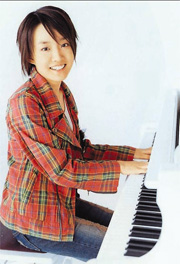 Younha, a 19-year-old pop singer, knows how hard it is to become famous. Her attempt to break into the pop scene may have been even more demanding because she chose Japan as the place to start.
From there she released her debut single in 2004, and got a chilly reception. “I went to a record shop with my heart pounding, only to find that there were no copies of my album on the shelf,” Younha said. She went to the same record shop everyday for the next week until, on the seventh day, she found a single copy.
Her debut performance at a music club was also frustrating. There were just two people clapping ― her agent and the owner of the club.
Younha was not discouraged. She turned her frustration into motivation and decided to try harder.
“I realized how precious it is to be able to sing on stage and to release an album, so I tried even harder to be successful,” she said. Younha kept performing and releasing singles and her efforts paid off when “Houkiboshi” (A Comet) became part of the original soundtrack for the popular animation series “Bleach” in June 2005.
The single reached the top of Japan’s Oricon chart, and Younha earned the nickname the “comet of the Oricon,” after the title of her song. Some consider her the next BoA, one of the first Korean pop singers to make it big in Japan.
Based on her Japanese success, Younha released her first album here in March, and, last Sunday, she headlined the SBS-TV show “SBS Music Wave.” Her album, “A Good Day to Declare My Love” has sold more than 22,000 copies so far, which is a considerable achievement at a time when MP3 players rule.
Enjoying her success at home, this teenage singer said, “Now I feel more confident about my career in Japan.” She plans to go back to Japan later this year, to release another album. This time, she wants to produce powerful music with a stronger beat and more profound emotions. “I have to make the comet of the Oricon shine again,” she said. 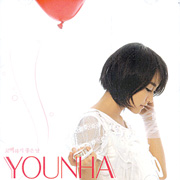 Younha has found clear differences between Korean and Japanese pop.
She says Japan’s music is more about “atmosphere and sound,” whereas the Korean music scene puts more emphasis on melody.
Younha says she does not prefer one over the other. She would rather take a humble approach.
“I am grateful for the chance to perform in both countries,” she said. “It widens the spectrum of my music.”
She added that her ultimate goal is to break away from existing genres and create her own.
Now that she has cemented her status on the Japanese pop scene, she has begun to serve as an honorary ambassador for Japanese tourism.
Recently, she became an honorary ambassador for the Before Babel Brigade campaign, which offers a free interpretation service for foreign tourists in Korea.
Younha is also a freshman studying Japanese at the Hankuk University of Foreign Studies. Her Japanese is now advanced, but on her first visit to Japan, with only beginner’s Japanese, she tried out her skills on the wrong person ― an immigration officer.
He asked her some routine questions, including one about whether she was carrying a weapon or drugs. She pretended that she was a fluent speaker of Japanese and said, “Atarimaedesu,” meaning “Of course.”
She meant to say, “Of course not,” and her mistake won her three hours of detention at the airport.
“I learned a bitter lesson,” Younha said, “Now I never hesitate to help out Japanese tourists who appear to be having trouble on the streets of Seoul.”