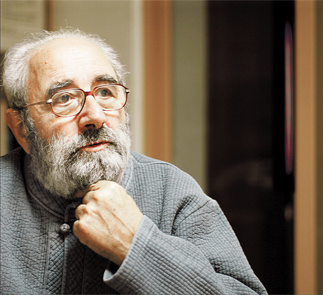 JEONJU, North Jeolla ― In the 1930s, when Didier t’Serstevens first opened a history book in Brussels, Belgium his home town, he did not find Korea on the world map. Two decades later he learned from a newsreel he saw in a movie theater that Korea, which had been liberated from Japanese colonial rule in 1945, had suffered an outbreak of war. As a theology student who wanted to devote his life to the afflicted, he decided that Korea was the place where he would find his mission.
After being ordained as a Catholic priest, t’Serstevens set foot on Korean soil for the first time when he landed at Busan in December 1959. The Korean War had left the country impoverished and t’Serstevens had plenty to do. From then on, t’Serstevens, who adopted the Korean name Chi Chong-hwan, served in small and troubled towns throughout the Jeolla region in the southwestern part of the peninsula. 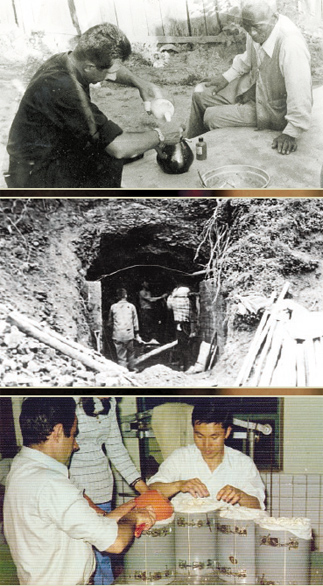 Above: Photographs from Father Chi’s cheese making adventures during the 1960s and 1970s in Imsil, North Jeolla. From top, Father Chi preparing to mature cheese using an earthen pot designed for Oriental medicine; a cavern that Father Chi created with villagers to store and mature cheese; Father Chi making cheese with villagers. Provided by Fat 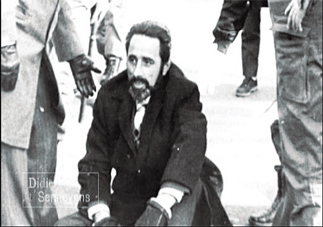 Father Chi Chong-hwan during a 1970s protest in Anguk-dong, Seoul against the regime of Park Chung Hee. Provided by Myung In Publishers

There was another reason he moved away from cheese ― the onset of multiple sclerosis. “I started to have difficulty bending to put on my socks,” he says. “After a while, I found my right leg paralyzed.”
Chi refused to be forced into idleness by his illness. Instead, he kept himself busy with a different mission ― the democratization movement. He became active after a fellow priest, Ji Hak-sun, was detained for protesting against the Park regime. He spoke out against the military regime’s drive to revise the constitution to extend Park’s power and frequently traveled Seoul to protest.
“I was one of the most wicked priests in the eyes of the Park regime,” Chi says, laughing. During a protest in Seoul, he was taken to the police department and detained. He says it was his devotion to the cheese industry that saved him. “I heard from the police and intelligence officials that President Park told them to save me because of the cheese business I had started in Imsil,” Chi says. “He was also interested in boosting the local economy. But he and I had very different ways of doing things.”
In the meantime, his condition grew worse and he returned to Europe for three years of treatment.
After coming back to Korea, he found another mission ― helping disabled people like himself, creating the Rainbow Family in Jeonju. One strict principle he laid down was that the Rainbow Family help the disabled to become independent.
“I came to understand that my approach in Buan was wrong, because I thought that I was trying to do something for the local people,” Father Chi says. “I should have encouraged the people to do something for themselves, doing things together as a team, instead of telling people what to do.” Because of his age he retired from service in 2003, but he is still emotionally attached to the Rainbow Family and is now learning computer graphic techniques to build Web sites for the disabled. Oh Sun, the disabled former gymnast, smiles and says, “He just never stops.”
What does he think of Koreans after years of living and working with them? He shrugs and says, “There are good people and bad people, like anywhere else. It’s the same in the United States and in Afghanistan.”
Yet there is one question that bothers Chi. “Koreans are now much more affluent,” he says. “But the question is, are they happier? People need to learn to be happy, instead of constantly complaining. There are so many things that we can be happy about.”
So how long does he plan to stay in this country? “Only until I die,” Chi answers, with a playful smile. “I have no plans to go back to the country of my birth. Korea has become my home and it’s where I choose to be buried after my death.”