Imagine that you can’t see this headline

Imagine that you can’t see this headline 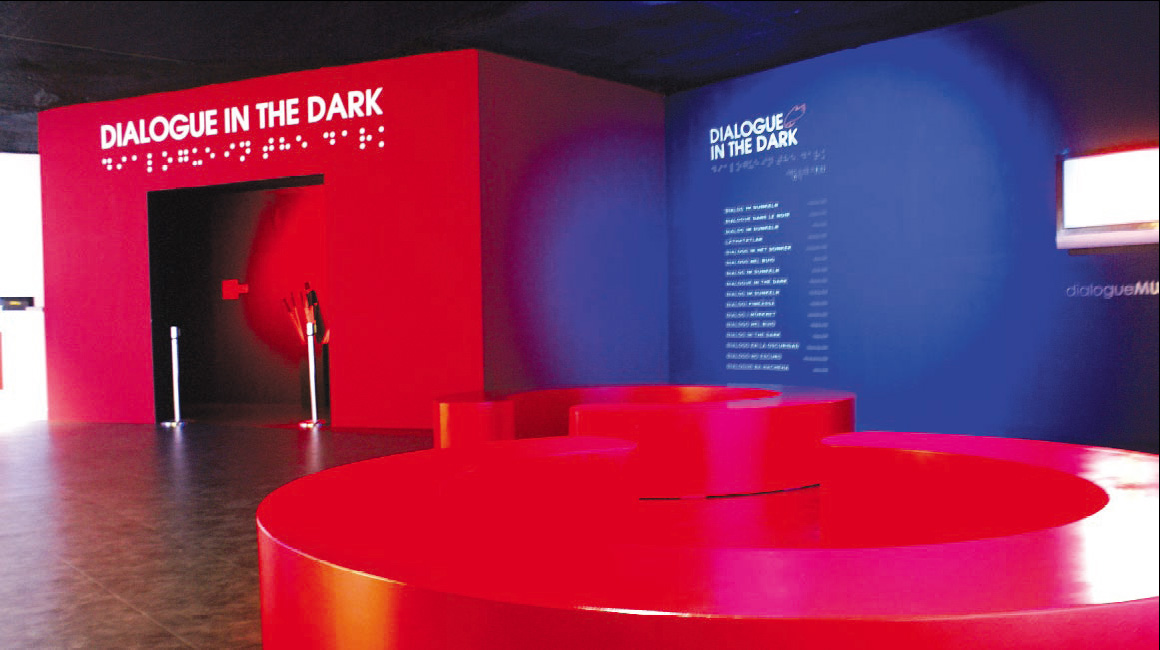 The entrance to the Dialogue in the Dark installation at the Seoul Arts Center. Provided by the organizers

Post-impressionist artist Paul Gauguin once said, “I shut my eyes in order to see.” The statement is more artistic than anything else because life without the sense of sight is hard to imagine.
But the exhibition “Dialogue in the Dark,” now taking place at the Seoul Arts Center, is best seen with eyes wide shut.
The gallery is pitch-black and visitors are guided through four rooms that have different themes: the park, the marketplace, the crossroads, and the bar.
Eight to 10 visitors are grouped together for the one-hour tour and each is provided with a cane.
The journey starts off in the park and though visitors cannot see, they touch, smell, hear and taste. For example, they step on a wooden bridge, sit on benches, touch water and smell leaves.
After the walk in the park, the group is guided to the marketplace. They sense their surroundings by hearing merchants converse and by touching different products like onions, potatoes, walnuts, sausages and packaged noodles. 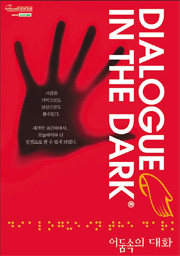 At the crosswalk, the group learns how the visually impaired cross the street and finally visitors reach a bar. Greeted by servers, the group chitchats while having a drink. They learn how to distinguish different denominations of paper money in the dark.
The exhibition is hosted by people who have lost their sight. About 20 visually impaired people were trained for two months as guides.
“People have prejudices against minorities and the only way to overcome that prejudice is to be in their situation,” said Eugene Anthony Rah, the organizer of the Seoul exhibition and director of the Dialogue Museum.
“The exhibition allows the guides to become more self-confident,” said Rah. He explained that 40 percent of the 5,000 guides who have worked with the exhibition around the world now have some kind of full-time job.
The touring exhibition was created by Andreas Heinecke in 1988. It has visited 130 cities in 21 countries including Germany, England, Mexico, Japan and Israel. It’s the second time that Korea has been visited.