[Talk of the town]The sad decline of a notable life

[Talk of the town]The sad decline of a notable life 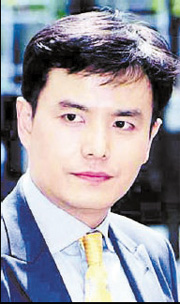 Actor Kim Joo-seung died on Aug. 13 after fighting pancreatic cancer for 10 years. He was 46.
Kim vanished from acting after being a heartthrob in the 1980s. He was diagnosed with the disease in 1997. His treatment put the cancer into remission in 2002 but he had a relapse in January and his health deteriorated drastically.
“I don’t want the public to make a fuss over my death,” Kim said before he died, according to his family. In accordance with his will, the memorial service was strictly private. Even Ha Hee-ra, one of his fellow actors, was not permitted to enter the ceremony room. Ha, who is well known for her happy marriage to actor Choi Su-jong, was forced to return home. Kim’s death was kept secret from the public until last Wednesday.
Kim Joo-seung made his debut in 1983 and appeared in a large number of films and soap dramas. In 1990, he caught the public’s attention by marrying to Kim Shin-ah, the daughter of the infamous Chang Young-ja, who served several years in jail for financial fraud in the ’80s. Kim got a divorce earlier this year, leaving a 10-year-old daughter.
His fans believe that his acting career was hindered by his mother-in-law’s poor reputation. In 2005, in his last notable move in the entertainment scene, Kim founded a production company called Digital Dome, which produced soap operas.
By Lee Seung-eun