[TALK OF THE TOWN]Rocker on drug rap has an explanation

[TALK OF THE TOWN]Rocker on drug rap has an explanation 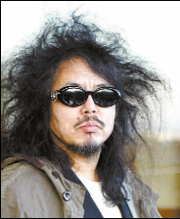 Rock star Jeon In-kwon, 54, was arrested on the suspicion of taking drugs last Friday, according to Chuncheon District Court.
The day before, the Gangwon Police Agency had served Jeon with a warrant for violating the drugs administration law. The court accepted the filing and Jeon will be confined to the Corrections Bureau until trial. He could be jailed for five years or fined 50 million won ($56,000).
Early this year, Jeon was accused of using philopon, a form of methamphetamine. He was given a drug test in mid-March, which was positive. A bench warrant was issued on April 2 but Jeon had already gone to the Philippines on March 29. He returned last Wednesday.
The Investigation Department took samples of Jeon’s hair for examination and found that he tested positive for drugs. A urine examination taken last Thursday also proved positive.
Jeon admitted to taking drugs in the Philippines but not in Korea. During an interview with on KBS 2TV Jeon said, “I don’t remember anything. I've been rehearsing for my next album.”
Regarding his drug-taking in the Philippines, Jeon said, “It helped me produce good music.” He added that he completed half of the 15 songs for his new album in the Philippines. “Those who do not want to understand me don’t have to,” Jeon said.
By Lee Eun-joo