[BOOKS IN BRIEF]The history of prostitution

[BOOKS IN BRIEF]The history of prostitution 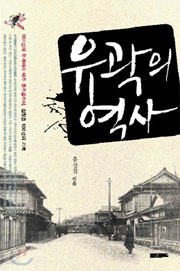 A History of the Red Light District

“A History of the Red Light District” by Hong Seong-cheol is a report on Korean prostitution and its history. The author seeks to trace the origin of Korean brothels.
The brothels in Korea began to spread after the country first opened its port in 1876 through a diplomatic pact, causing ethnic quarters for Japanese migrants to sprout up in Busan, Wonsan and Incheon.
In 1897 a Japanese newspaper reported that a brothel owner from Nagasaki came all the way down to Osaka to find women to work in Busan. Hong’s record explains that in a Japanese quarter for 997 residents who lived in Busan in 1883, there were nine brothels and 94 women who worked in prostitution. The book says that there was an average of one brothel and 10 women for every 100 men living in the quarter.
The first red-light district was built in Busan in 1902 by the Japanese authority in Korea to prevent sexual transmitted diseases. One of the first brothels in the area was built on July 24, 1902 by a Japanese named Ueno Yasta.
It was a typical Japanese brothel, selling food and sex under the same roof. The number of brothels grew to 280, eventually stretching out to a neighboring area five years later. The notorious history of Busan’s Wanweol-dong, which had the largest red light district in Asia during the 1970s and 1980s, was bustling with more than 120 motels housing 2,000 people working in the industry.
The “Yellow House,” a name for an infamous brothel area in Incheon, began to settle around 1902, when geisha-served restaurants formed into a red-light district. The owners later collected money to establish a clinic for women to treat their diseases.
The first red light district in Seoul was established shortly after the Russo-Japanese War in 1905, when many Japanese military and construction workers flocked into Ssanglim-dong, currently Mukjeong-dong near the Sofitel Ambassador Hotel. The brothel owners in the area enlisted the help of the Japanese consular to practically steal the land occupied by local residents to create brothels.
Although outraged, the Korean government couldn’t do much to help, other than to offer homes to the Korean residents in other areas of Seoul.
Then there are other red light districts, like Cheongnyangni 588, which was built as the nearby train station attracted nighttime visitors. Brothel houses near Miari, often dubbed “Miari Texas,” grew with the country’s economic prosperity and as the curfew was removed.
Later, the area shut was down during a police crackdown for hiring under-aged prostitutes, and for confining the women in their rooms as a violation of human rights.
There are also anecdotes in the book that Yongsan Station was generally preferred among many women, because they shared their profits with the owners half and half.
The book, which the author wrote based on research visits to the main red-light districts in Korea for more than three months, is a telling example of how persistent the industry grew during the past century.
In his prologue “A Journey to 100 Years of the Red-Light District,” Hong writes that the book is not “simply a record of the past, but a diagnosis of a street of raw desire.” By Chae In-taek