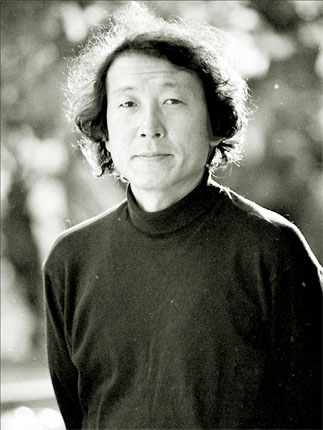 Yoon Young-seon, who passed away recently after suffering from cancer.

The playwright and stage-director Yoon Young-seon passed away on Aug. 24 at the age of 53, due to cancer.
For the Korean theater community, Yoon’s death is a major loss. The last play he wrote was like a premonition, as it was called “The House of Death.”
Lines from his play, “Trees don’t Visit Shoe Stores,” written in 2000, also seemed to predict the playwright’s quiet death.
“I will not open my eyes when morning comes,” he wrote. “I will not squint my eyes from the rays of sunlight that come through my window nor will I be startled by the sound of my alarm clock. I will not hear the music of Brahms and Schubert. I will not say good bye to someone.”
Yoon was born in 1954 in Haenam, South Jeolla and graduated from Dankook University after majoring in English literature.
He later majored in theater at New York University before returning to Korea in 1994.
Yoon then worked as a theater professor at the Korean National University of Arts. As a writer he produced plays that focused mostly on human relationships and existence and why, fundamentally, people are lonely. Two of his best-known works are “Kiss,” and “Travel.” 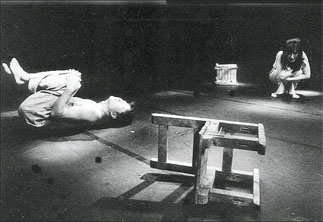 Kiss, from 1997, is a three-act play expressed through conversations between a man and a woman. When it was first staged, each series had different producers.
The repeated line “I’m there and you’re there,” from the play expressed the lonliness of love. “Kiss” was given the best play award in 1997 by The Korean Association of Theater Critics.
Yoon tries to get away from the lonliness of existence in his “Kiss” play. In the play the writer explains that within a kiss hides pain and violence. Instead of kisses the actors throw words.
Both characters have never kissed. The characters are afraid that a kiss might make their bodies shudder. The words that are passed on nervously comfort the body that desires a kiss.
“Travel,” another of Yoon’s better-known plays, written in 2005, is about a one-night trip made by middle-aged men in their 40s trying to visit the funeral of a friend that they have known since elementary school. Complications mount among the friends riding on the train headed to the funeral.
The play is considered by many critics to have put more reality into the writer’s work, which previously was considered to be more spiritual and conceptual.
The first play from the writer was “Conversation of a cross-eye ― I don’t know myself but how do you know yourself,” written in 1994. The writer once said that his first play was a visualization of the thoughts that were floating within him.
In 2001 Yoon published his first and last collection of plays he had written since 1994. Including “Kiss,” there are eight plays in the publication.
The second play written in 1996 is “Our Talkative Father has Cancer,” followed by “Manhattan First Avenue,” in 1997. “The Escape of G Code,” “The Rat in My Belly,” and “Party,” were written in 1998.
Since then he had written three more, including “Travel.”
Once he wrote for the opening of a play, “Born as a human in this world whose identity is unclear, have I lived breathing?” He added, “I have not spoken although I wanted to speak and did not hear even though I wanted to hear.” On the contrary he said he wrote because he wanted to remember.
Yoon is a writer who loved to describe the fear of life. In his work there are characters who stare at fear and anxiety.
Yet Yoon wrote, “I tried to grab something, I wanted to see something and wanted to hear something and wanted to eat something and tried to say something and wanted to go somewhere.” Yoon wrote and produced so as not to loose tension in life. 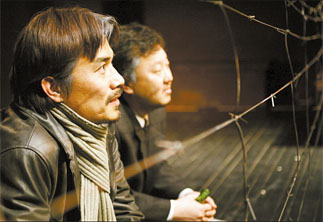 Yoon was a step apart from the theater community’s mainstream.
If the words freedom and disobedience are words that define life, those are the words that fit his character the most. In his play “Trees Don’t Visit Shoe Stores,” Yoon writes, “I would not walk out the door. It is a jungle out there if I open the door and walk out.”
The writer wanted to become like a tree.
Yoon considered his friends to be “the trees and grass that help me not to sob when in the mountains alone,” “the wind that bends down the corn stalk,” “the pear tree that brightly decorates the garden at night,” and “grass insects, the light from a squid fishing boat floating on a night sky.”
His neighbors were saddened by his death. One neighbor said, “I cannot help but feel loss at the thought of losing him and guilty for not paying attention to the person who passed away.”ojlee82@joongang.co.kr
The writer is a Hoseo University professor and a play critic.