Deep film legacy draws director back to the lens

Deep film legacy draws director back to the lens 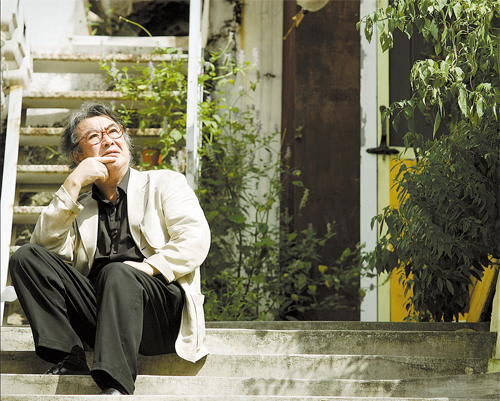 Hah Myung-joong before the opening of “Mothers Never Die,” his first film in 17 years. By Kang Uk-hyun


Hah Myung-joong will never forget the last phone conversation he had with his older brother in early 1979. “You should be a director, not an actor,” thundered his sibling, who, at 4 a.m. was obviously under the influence of alcohol.
That older brother was Hah Gil-jong, a star director known for making films that were critical of the military regimes.
“Okay, I will keep that in mind,” answered Hah, who was then a well-regarded actor whose fame had spread to Hong Kong and Japan.
Hah said that there was something in his brother’s voice that he could not resist.
Shortly after the phone conversation, Hah Gil-jong had a stroke and died three days later, at the age of 38.
At the funeral Hah hugged his brother’s coffin and, with tears in his eyes, swore that he would honor his deceased brother’s wishes. He made his directorial debut soon after, in 1983.
Hah soon felt his older brother’s premonition had been accurate.
His 1984 film, “Blazing Sun,” became the first Korean film selected for the Berlin International Film Festival.
However, none of the three films Hah made over the next six years were successful and, in 1990, Hah stopped directing and became a forgotten name in the movie industry.
Now, after a 17-year-long absence, Hah is back with a new film, “Mothers Never Die,” based on Choi In-ho’s well-regarded novel of the same name.
This long-awaited comeback is special to Hah, not least because his son, Hah Sang-won, play the same character at different ages. In fact Mothers Never Die is a film of, by and for the Hah family, as the director’s wife, Park Gyeong-ae and his other son, Hah Joon-won, participated as producers.
Both of Hah’s sons are aspiring film directors. Hah Sang-won is currently teaching film studies at Kyung Hee University and secretly took an audition for his father’s film. Hah Joon-won, meanwhile, worked with director Bong Joon-ho on the screenplay for “The Host,” which attracted more than 10 million viewers to theaters in 2006.
Hah says his 17-year absence from movies was not really a break but a time to find ways to be a better director.”

Han Hye-sook and Hah Sang-won in a scene from “Mothers Never Die.” Provided by HMJ Film

“When I was invited to the Berlin festival, I was puffed up and thought I was so talented at filmmaking,” he said. “But it did not take long for me to understand that I was wrong.”
Hah said that the Berlin festival was a chance for him to “see the high level of achievement in world cinema and to decide to study to be a better director.” He made a few more films, but then decided to tour the global film scene to meet other filmmakers and learn their secrets.
In the meantime, his wife became the bedrock of support for Hah’s ambitions, as the founder and director of the Lumiere Theater in southern Seoul.
Named after the French film pioneer, the theater has specialized in importing and distributing quality films like “Platoon” and “Cinema Paradiso.”
After “hiding” for so long, it was not easy for Hah to attract investors to make Mothers. In the end Hah mortgaged his own house to get the project underway.
“I simply put my all into this film,” Hah said with a forlorn smile. However, he has no regrets. “Why would I regret things that I did because I wanted to?” he asked. “I did all that I could do and I am happy about my choice.”
He added that he has avoided public appearances because he wanted to speak through his films. For the same reason, he refused to appear in commercials because he felt he would be prostituting the fame he earned through his films. However, Hah said he never forgot his passion for filmmaking, which has become his raison d’etre.
“People watch films to have dreams. I shoot films to realize my dreams,” he said.
“My father thinks about films round the clock,” said Sang-won, Hah’s oldest son. “It was impossible for him to give up the idea of going back to films after so many years.”
Hah said that he did not pursue his original career in acting because he thought that was his destiny. He described his entry to acting as “a sheer accident.”
In 1965, Hah accompanied a friend who was taking an acting test at the Korean Broadcasting System and found his name on the list of successful candidates.
Luck followed him around from then on as he leapt to stardom with his performance in the historical drama, “Yeonhwagung,” which led the Shaw Brothers from Hong Kong to cast him in their next film.
Back in Korea, Hah starred in a series of films including some directed by his older brother, yet he felt he was not cut out for acting. He could not just recite his lines, but wanted to be involved in all aspects of film, from finding locations to cinematography.
“I am a shy person and I didn’t have the audacity and guts to be an actor,” Hah said. The anxiety was shared by his older brother, Hah Gil-jong, who was carving a name for himself with movies like “March of the Fools” which was heavily censored by the military regime. 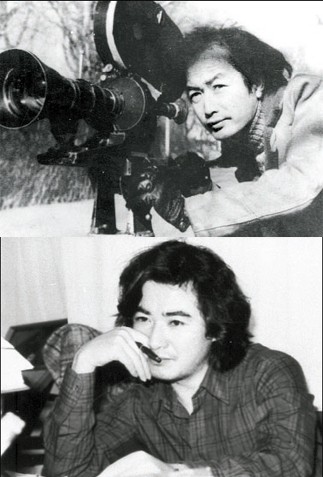 Hah Gil-jong, above, the famed director and brother of Hah Myung-joong, below, seen during his time as an actor. [JoongAng Ilbo]

Hah Gil-jong is described in the current Korean encyclopedia as an “ingenious” director.” He majored in French literature at Seoul National University and went to the University of California, Los Angeles for a master’s degree in filmmaking.
During his time at graduate school, Hah Gil-jong befriended famed directors such as Francis Ford Coppola.
“When my brother died, Mr. Coppola and his friends held a memorial service in America,” said Hah.
The older brother was also known because of his marriage to Jeon Chae-rin, a younger sister of Jeon Hye-rin, the celebrated essayist, law professor and German literature expert who took her own life.
“My brother was tormented in the later years of his career, because he was under pressure to make commercial films that would sell, instead of films that he wanted to make,” Hah recalled. “My brother was the most beautiful person I’ve ever known. I adored his passion, courage and honesty to pursue what he thought was right.”

Mothers Never Die tells the story of a family in which a widow raises her three children with boundless maternal love. However, she has to watch her children, including Choi Ho, her most beloved youngest son, grow up and leave the nest.
Choi Ho, however, later understands the true meaning of his mother’s selfless love. The director used the image of a withering lily to symbolize a mother’s loneliness after her children have left home.
“People ask me why I suddenly had to do a film about motherhood,” he said. “But I just had to do it. That’s all.”
He said that he would be happy if his film gets viewers to call their mothers.
Hah lost his own mother less than two years after his birth but he said the “whole world became a mother” to him.
Choi, the novelist, said that Mothers is the “truest to the original” among the many films that have been made from his books. He described the film as being like “organic food with no MSG, when there are so many films with too many spices.”
“I tried to stop Hah from making a movie out of this mother story, because I felt it was not likely to be a box office hit,” Choi said. “But he was so adamant, and he made it to the screen, and I am deeply impressed by his determination.”
Choi said that he found himself crying while watching the film, as he could sense how truthful and faithful the director was.
“After all, organic food is good for the health and people will know that,” he said. The novelist has seen 30 of his works made into films and he thinks that Mothers is the best. Choi, also a good friend to the deceased Hah, said that he like both brothers for their “uncompromising passion for film.”
Hah is nervous about the opening of his new film, but said that he would give his effort 85 points out of one-hundred.
“It is okay to just have over 70 points,” he said. “Being greedy to score higher would only make your life ugly. Life should be beautiful.”
Hah does not expect his film to be a mega hit at the box office, as there are several formidable rivals arriving in theaters during the Chuseok (thanksgiving) holiday season.
But he remains hopeful.
“Whether it’s a bunt or a hit or a homer, the important thing is that I made it to first base again,” he said. “I am back on the field, and that’s enough for now.”