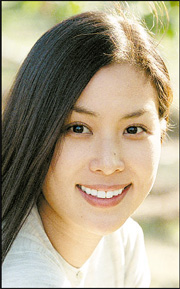 Posting on the Internet can have harsher punishments than school violence. Sixteen Internet users were fined 500,000 won to 1 million won for posting ugly rumors about actress Ko So-young, 35, the Supreme Public Prosecutors’ Office said last Friday.
According to a public prosecutor, the so-called “netizens” spread false and abusive rumors about Ko’s personal life. They repeatedly posted that Ko has been having inappropriate relations with a young plutocrat. In response, Ko prosecuted the netizens for libel in May.
At first, Ko blamed 21 netizens (of which only 16 were indicted) but five escaped punishment because prosecutors were unclear of their personal details.
The remaining 16 netizens are university employees, local government officials and graduate students, the investigator said.
Meanwhile, 14 netizens were indicted last January for deriding the death of unification activist Lim Soo-kyung’s nine-year-old son. Lim visited North Korea as a student activist in 1989. Each netizen was fined 1 million won.
By Lee Eun-joo