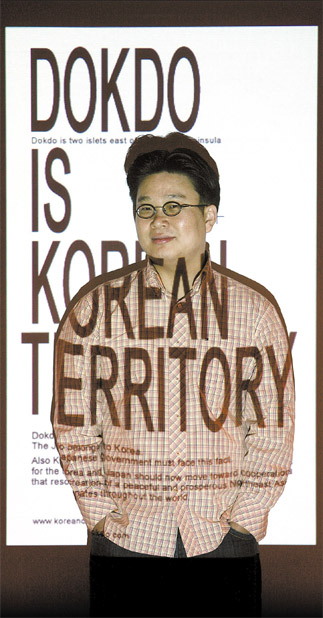 Seo Kyoung-duk, 34, stands in front a projection of his ad claiming the territorial rights to Dokdo in the New York Times. He will finance another newspaper ad about the Northeast Project, a Chinese government-funded research project that seeks to prove that their ancestors ruled Goguryeo, the old name for Korea. Photo by Jeong Chi-ho