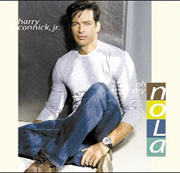 Harry Connick Jr. will perform at the Sejong Center for the Performing Arts in central Seoul on March 13.

Don’t spend the night before White Day alone.
Instead, check out the Harry Connick Jr. concert on March 13 with a friend.
Connick’s performing at the Sejong Performing Arts Center in central Seoul on White Day Eve.
White Day on March 14 is traditionally when young Korean men give their sweethearts candies.
Connick’s Seoul visit is part of his My New Orleans Tour, which began in North America and Europe in 2007.
He’ll be singing tracks from his 2007 studio album, “Oh, My Nola,” which features several songs associated with New Orleans, his hometown.
The jazz singer and piano player has helped raise money for victims of Hurricane Katrina, which hit the Gulf Coast in the summer of 2005.
Connick is donating a percentage of his new album’s royalties to New Orleans musicians affected by the hurricane.
Oh, My Nola reveals his feelings about the tragedy and features songs about the Big Easy, his hometown’s nickname.
After the hurricane hit New Orleans, Connick, 41, appeared in A Concert for Hurricane Relief with other artists, including Faith Hill and Kanye West.
Shirley Hong, the PR director of Yellow Nine, the Korean music company organizing his concert in Seoul, says the show will be retro and high-spirited.
“The stage will be heated even more with the artist’s 12-member big band,” Hong says.
Big band is a type of jazz ensemble or a small jazz orchestra that includes brass instruments like trumpets, saxophones and trombones. 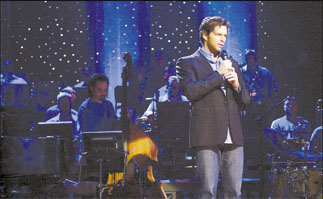 Harry Connick Jr. performs live during his 2007 tour of Europe. Provided by the organizer

Bjork performed with her own big brass band at a recent concert in Korea. Big bands were popular during the swing era from the early 1930s to the late 1940s.
Connick will perform original soundtrack compositions. These tracks include “It Had to Be You,” “But Not for Me” and “Our Love is Here to Stay” from the film “When Harry Met Sally” (1989); and “A Wink and a Smile” from the film “Sleepless in Seattle” (1993).
“Connick is well known for his soft piano solos, but this concert will be different,” Hwang said. “Fans will be indulged in a vibrant and party-driven atmosphere.”