Verbal bullying is enough to send victims over the edge, professor says

Verbal bullying is enough to send victims over the edge, professor says 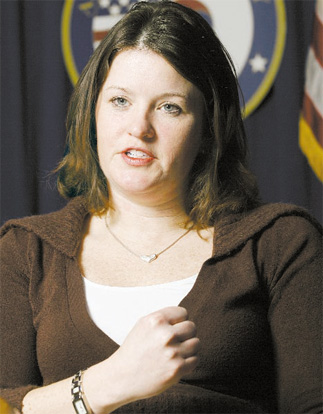 A gunman dressed in black entered a large lecture hall at Northern Illinois University in the United States on Feb. 14 and shot dead 5 people and injured 21 others before killing himself.
Amid the debate surrounding the tragic shooting, some voices asked whether the shooter had been a victim of bullying.
When she heard the news about the shooting, Dorothy Espelage, a professor at the University of Illinois at Urbana-Champaign, said she hoped the shooter hadn’t been a victim of bullying.
In Seoul to give talks on school violence, Espelage noted that the two perpetrators of the massacre at Columbine High School in the United States in 1999 had been bullied at school.
Espelage researches health-related behavior, including youth aggression. While here, on the invitation of the U.S. Embassy in Korea, she held workshops and in-service training seminars for teachers, administrators, counselors and social workers. In her presentations, she discussed ways of tackling bullying in school.
Despite its relative short history as an area of research and media interest, the child psychologist said she was surprised at the level of interest in researching bullying here.
“Bullying is an interpersonal problem,” Espelage said. “It’s normative and not disastrous. But the problem gets more serious when bullying results in school violence, which is a worldwide trend at the moment.”
According to her research, around 75 percent of verbal bullying leads to school violence.
Verbal bullying includes calling people names, making threats and using racist and other derogatory language.
To combat bullying in schools, she said there has to be more dialogue between children and adults. The government should fund research initiatives, too.
In the United States, there are numerous government-funded programs aimed at tackling these issues, such as educational campaigns, anti-bullying legislation and bullying prevention programs.