Beethoven and Bruch for one night in Bucheon

Beethoven and Bruch for one night in Bucheon 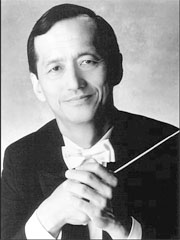 Lee Dae-uk.Provided by the orchestra

Bucheon Philharmonic Orchestra and Chorus is offering a stirring evening of Beethoven and Bruch tomorrow night.
The concert begins with Beethoven’s overture to “The Creatures of Prometheus” and ends with Beethoven’s Symphony No. 3 in Eb Major Op. 55, known as “Eroica.”
Audiences will also hear Max Bruch’s “Scottish Fantasy” Op. 46.
One of the featured artists is the violinist Kim Hyun-mi, who won a Helena Rubinstein Scholarship to Mannes College at The New School for Music.
The conductor for the night is Lee Dae-uk, a graduate of Julliard and the Peabody Institute.
Lee has won several international awards including the Julliard Concerto Competition, Chicago Michaels awards and the Los Angeles Young Musicians Debut award.
He is one of the founders and the music director at the Michigan Chamber Symphony Orchestra, and he is currently a music professor at Hanyang University in Seoul.
The first item on the program, the overture to The Creatures of Prometheus, was originally written for a ballet. It was first staged in 1801.
Bruch’s inspiration for the Scottish Fantasy were the novels of Walter Scott. The piece, written in 1880 for violin and orchestra, consists of melodies from Scottish folk music.
Eroica was completed in 1804 and made its debut in Austria. It is one of Beethoven’s best known works and was inspired by Napoleon Bonaparte.
Beethoven believed that the French military and political leader, who died on 1821, would bring peace and freedom to mankind.
The Bucheon Philharmonic was founded in 1988 and gained wide recognition in 1990 for its cycle of symphonies by Brahms and Beethoven, the first orchestra in Korea to do so.
In addition, it played all the symphonies of Gustav Mahler between 1999 and 2003.