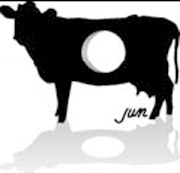 In September 2001 mad cow disease was found in Japan. A 5-year-old cow fell down as it was brought to a slaughterhouse in Chiba, just east of Tokyo. The cow tested positive for Bovine Spongiform Encephalopathy (BSE). Although it was a foreign breed, the cow was born in Japan. Later another mad cow case was found in Hokkaido.
The startled Japanese chose stricter quarantine regulations instead of candlelight vigils. This was when forehead testing was introduced, extracting a portion of the brain of a cow to be slaughtered to test for BSE infection. The government also established a “Trust and Food Safety Commission” with seven experts including doctors, veterinarians and nutritionists.
When mad cow disease was reported in the United States in December 2003, the Japanese government immediately banned imports of U.S. beef. Korea’s situation was similar but the pressure to reopen the market was much stronger on Japan since its market was larger. A resolution was presented to the U.S. Congress, calling for economic sanctions if Japan did not restart imports of U.S. beef. President Bush called then Prime Minister Koizumi to urge resumption of beef imports. Japan finally unbolted the gate for cows under 20 months old in 2006.
We should take a close look at how the Japanese government responded. Until Japan decided to start importing beef again, experts held thorough discussions and the government respected the discussions. The Trust and Food Safety Commission organized a special investigative committee with 12 veterinarians and doctors and concluded after serious consideration that “the danger is very low for cows under 20 months old even without forehead testing.” It also assured the nation with data: “3.5 million cows had forehead testing but there was no infection in under-20-month-old cows.” This was eight months before resuming imports. This discussion was reported clearly to the nation through the press. Although Japan will have to renegotiate as the World Organization for Animal Health gave the U.S. a favorable evaluation, Tokyo won’t allow herself to give in easily on the previous cases.
Japan’s case makes it clear that the Korean government got what was coming to it. It should not blame others for this situation where unscientific rumors run rampant. In a negotiation concerning the nation’s health, if experts had participated and explained things to the nation, would the U.S. beef controversy today have occurred? Explaining that the chances of catching mad cow disease from eating U.S. beef is lower than being struck by lightning at the moment of a hole-in-one is too late.