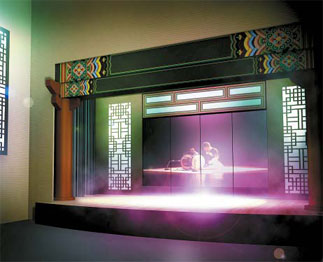 It was long overdue, many agree. Traditional entertainment like the mask dance, puppet show and tightrope walk has found a home at last.
Gwanghwamun Art Hall in Jongno will be turned into an exclusive theater for yeonhui, traditional folk performance in Korea.
The decision was taken by the Korea Traditional Performing Arts Federation, Samulnori Non-profit Organization and Jongno District Office last month. Samulnori is a traditional form of Korean music.
Yeonhui encompasses a range of entertainment genres, such as vocal and instrumental music, dance, theater and even acrobatics.
It embodies the spirit, humor and values specific to Korean people and their ancestors. It has been enjoyed by all classes, from commoners to royalty, for more than 1,000 years.
Marking the historic opening of the exclusive theater in Jongno, 100 Days of Yeonhui Festival kicked off last Friday.
The festival has been organized by the federation and the samulnori organization.
“Koreans are blessed with so many traditional habits, materials and motifs,” said Choi Chang-ju, a professor of traditional folk theatrics at Korea National University of Arts. “Yet, we have largely failed to use them for our benefit.”
Choi wants yeonhui to become a must-see among foreign tourists, but this seems unlikely in the near future. 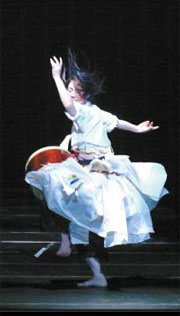 Only a few dozen people — mostly mothers and their children — filled the 370-seat auditorium to watch the opening show by Namsadang Troupe. Yet this group is one of the most dynamic in Korea. It was designated Intangible Culture Asset No. 3 in 1964 and dates back to the Silla Dynasty (57 B.C.E. to 935), according to the troupe. It includes singing, dancing and tightrope walking.
“We don’t necessarily gauge the success of a performance by the size of the audience,” said Ji Woon-ha, a performer and instructor with the troupe. “We think it’s important to have fun on stage, but it would be even more fun with a larger, more interactive audience.”
Some excitement was added during the tightrope walk. The audience flinched as the 17-year-old performer walked, ran and jumped on a rope three meters above the ground. His improvised and scripted quips got the audience laughing.
“I liked the tightrope walking the best,” said Jo Hyeon-a, 9. “It looked very dangerous.”
Yet the rope was half as long as usual in traditional tightrope walking, and it was suspended half as high, reducing the risk that the artist fall, and inevitably reducing the spectacle. 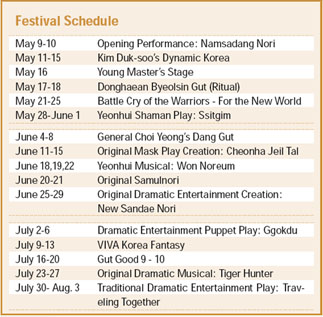 Organizers said they plan to expand the stage once they secure more funding. Funds are limited right now, the organizers said.
That said, the diversity of the program indicates the versatility of Korea’s folk entertainment industry.
Highlights will include “Dynamic Korea,” directed by Kim Duk-soo. He is possibly the biggest name in samulnori.
Kim and his troupe are credited with promoting traditional music at home and abroad using high-tech multimedia, jazz, hip-hop and B-boy dance.
There will also be a performance of the ancient Byeolsin gut, Intangible Cultural Asset No. 82, a ritual that explores shamanism. The gut has been reborn as a modern art form.
“Battle Cry of the Warriors,” meanwhile, is a spectacular mix of ancient martial arts, dance and theatrics.