Designer planes with gyms and bars onboard

Designer planes with gyms and bars onboard 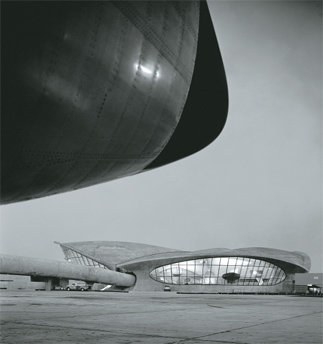 Look up and there’s a whole new world above you.

Ever since the first airplanes took off in the early 1900s, airlines have pursued flying faster, higher and farther as a means of mass transportation.

But you cannot leave out other contributions that helped develop the industry, such as airport architecture, cabin interiors, airline corporate designs, flight attendant uniforms and on-board dinner plates.

The changes in the industry over time in terms of design and architecture will be on display starting tomorrow at the Daelim Contemporary Art Museum in Jongno, central Seoul.

“Airworld: Design and Architecture for Air Travel” is one of the traveling exhibitions of the Vitra Design Museum in Germany.

The exhibition goes beyond plain planes. Inside the museum you can see models and miniatures of interesting aircraft such as the 1929 Dornier Do-X airboat, which accommodated 70 passengers and had a restaurant, bar and gym.

When German artist Emil Rau (1858-1937) designed the interior, he thought the airboat should provide the kind of comfort and safety that passengers enjoy at home.

Meanwhile, the Ford Company produced 199 airplanes from 1926 to 1933, one of them being the Ford Tri-Motor. A miniature of this aircraft is displayed on the second floor of the museum. 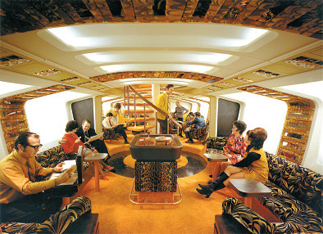 A virtual model of the tiger lounge on a Boeing 747 (1970). Provided by the organizer

You can get a glimpse of the Trans World Airlines Terminal located from 1956 to 1962 at New York’s John F. Kennedy International Airport.

The terminal was designed by Finnish architect Eero Saarinen (1910-1961).

Andy Warhol once said airplanes and airports have his favorite kind of food service, entertainment, graphics and colors, the best security checks, views, employees and optimism. 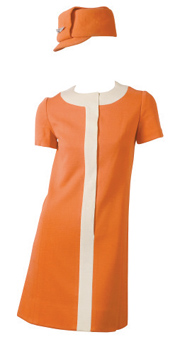 A 1968 flight attendant uniform designed by Jean Louis. Provided by the organizer