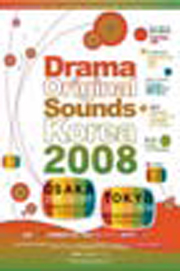 Hallyu, or the Korean wave, will hit big this time in Japan.

The Korea Culture and Content Agency organized a concert staging popular drama theme songs in Osaka and Tokyo. They aim to showcase Korean pop to the Japanese music industry.

They will sing songs off television dramas such as “What Happened in Bali,” “My Lovely Samsoon” and “Emperor of the Sea.” 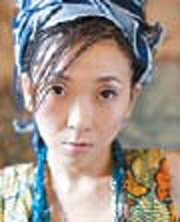 Kim Bum-soo will be a special guest at the Tokyo concert, which will be supported by Japanese culture organizations such as the Japan Recording Society and the Movie Industry Development Organization.

The Osaka concert takes place at the Korean Cultural Center on Sept. 20 and the Tokyo concert at Yupoto Hall on Sept. 22.

Jailhouse rocker ready to release new album, with or without drugs

Rock star Jeon In-kwon, 54, has been freed from jail after serving 12 months for possession of philopon, a form of methamphetamine, and marijuana.

Jeon was released last Saturday, having been in prisons in Cheongju, Chuncheon and Anyang.

“I’m ready to release my new album,” he said, during an interview with a cable channel while in jail.

“The album will surprise fans.”

Miniature Misia stands tall on her R&B tour of Asia

She may be small, weighing just 40 kilograms (88.2 pounds) and standing 150 centimeters (5 feet) tall, but she has a powerful voice.

The spotlight goes to Misia, a Japanese R&B star, who visited town for her upcoming performance at the Fencing Stadium in Olympic Park, southern Seoul, on Sept. 28.

The visit is part of her Asia tour, “The Tour of Misia Discotheque Asia,” which celebrates her 10th year in music.

She will also be performing in Singapore (Sept. 13), Shanghai (Sept. 20) and Hong Kong (Oct. 4). She held a concert in Taiwan last month.

Her well-known songs are “Everything,” “Believe,” “Sweetness” and “Into the Light.”